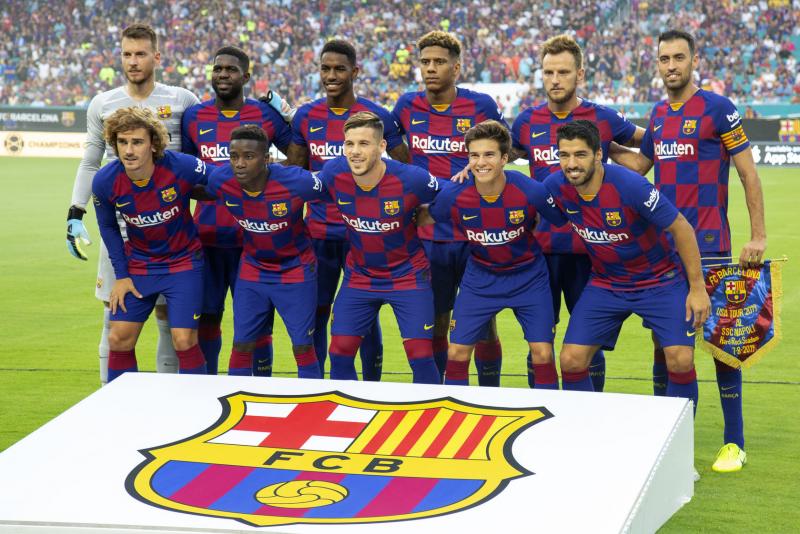 MIAMI GARDENS, Aug. 8 (UPI) — A deflected ball floated around the outside of the box before Croatian midfielder Ivan Rakitic came flying in and delivered a half-volley strike from about 18 yards out.

The strike found the left side of the net for the decisive score in Barcelona’s 2-1 win against Napoli Wednesday in Miami Gardens, Fla. More than 57,000 fans attended the 2019 LaLiga-Serie A Cup preseason matchup at Hard Rock Stadium.

“We are happy with today’s result,” Barcelona manager Ernesto Valverde said. “We tried to play with all of the players — including the new ones. It was a pretty open game with a lot of options and a positive outcome.”

Barcelona keeper Neto was a brick wall for most of the first half, denying shot after shot from a resilient Napoli attack.

Barcelona center midfielder Sergio Busquets drew first blood. Busquets received a pass at the top of the box from left wing Riqui Puig in 38th minute. He settled the feed before blasting a shot into the far-post netting past Napoli keeper Alex Meret.

Napoli answered four minutes later when midfielder Jose Callejon sent a shot toward the net. The attempt went in front of Neto and deflected off Samuel Umtiti for an equalizing own goal.

“There were some negative aspects in the game, but really it was like trying to find the needle in a haystack,” Napoli manager Carlo Ancelotti said. “We played a really good game. Just like Barcelona created some opportunities, we created a lot of opportunities ourselves.”

Barcelona and Napoli face off again in another preseason matchup at 5 p.m. EDT Saturday at Michigan Stadium in Ann Arbor, Mich.