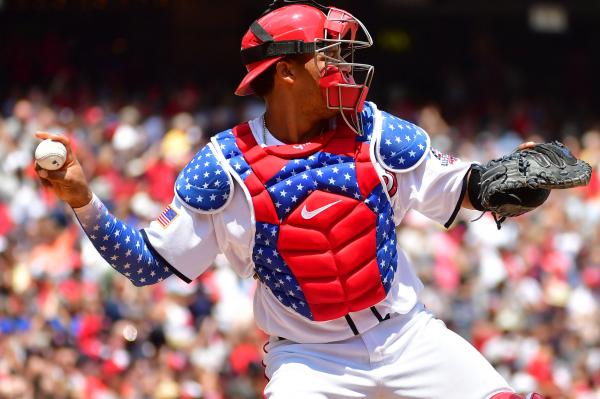 July 4 (UPI) — Players from both teams wore patriotic apparel during the Boston Red Sox‘s 3-0 win against the Washington Nationals Wednesday at Nationals Park in Washington, D.C.

They wore American flag arm sleeves, high socks, hats and even had firework themed shoes for the afternoon slugfest.

Jackie Bradley Jr. helped the Red Sox secure the series sweep. The Red Sox centerfielder went 1-for-3 with two RBIs. Second baseman Eduardo Nunez scored the other run, coming in after a wild pitch in the seventh inning from Ryan Madson.

Eduardo Rodriguez spun a gem on the mound, allowing three hits and a walk over six innings. He also threw six strikeouts to earn his 10th win of the season.

“The last few starts, I was throwing more fastballs and was getting more hard contact. Today, I was using my changeup and slider, and it worked well like before,” Rodriguez told reporters, according to MLB.com.

“Every time I throw the changeup for a strike and get a swing and miss, it helps my fastball, because they just think of the changeup and they get below it.”

The Nationals face the Miami Marlins at 7:05 p.m. Thursday at Marlins Park in Miami. The National League East squads are facing off in a four-game series.

Boston currently tops the American League East and kicks off a three game series against the Kansas City Royals on Friday at Kaufmann Stadium in Kansas City, Mo.