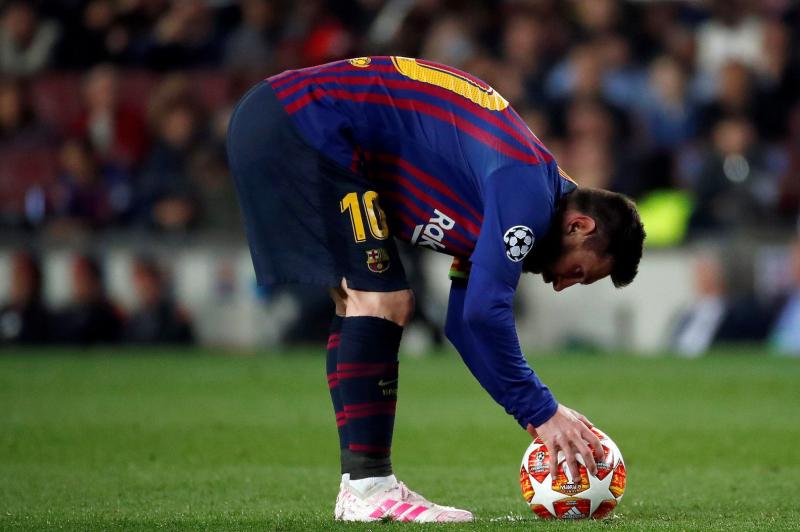 May 1 (UPI) — Lionel Messi scored twice in seven minutes to lead Barcelona to a 3-0 win over Liverpool in the first leg of a Champions League semifinal matchup on Wednesday in Barcelona.

His second score was an absolute golazo.

Barcelona led 1-0 after the first half, getting first blood from Luis Suarez in the 26th minute. The home squad doubled its lead in the 75th minute when Messi tapped in a rebound of a Luis Suarez shot that hit the crossbar.

Then came the booming bender from Messi’s left boot.

Barcelona was awarded a free-kick from more than 30 yards out after a challenge from Liverpool’s Fabinho. Messi stepped up to the ball and launched a bending attempt toward the top left corner. The rip sailed over a diving Alisson and into the net, giving Barcelona a 3-0 lead.

Messi’s free kick gets better with every angle 🙌

Messi now has 600 goals during his Barcelona career.