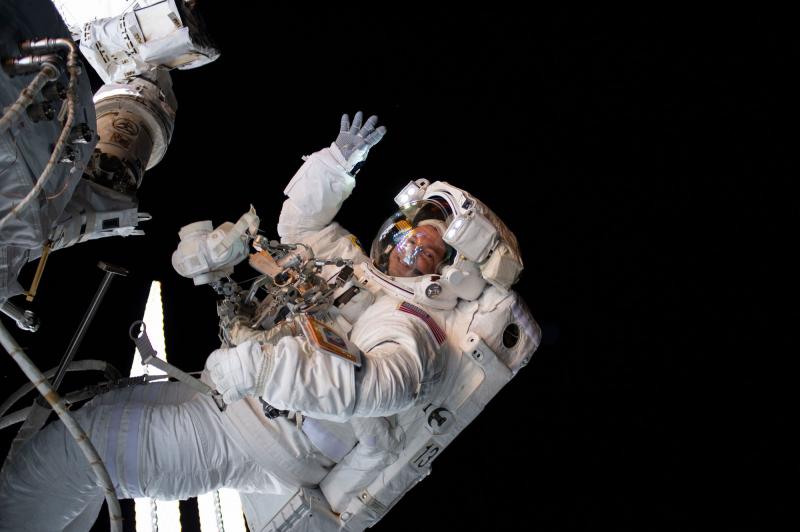 Nov. 15 (UPI) — Friday’s early morning spacewalk will be the first in a series of challenging spacewalks.

The efforts of Morgan and Parmitano will be broadcast live on NASA TV, with coverage beginning at 5:30 a.m.

“These spacewalks are considered the most complex of their kind since the Hubble Space Telescope servicing missions, which took place between 1993 and 2009,” NASA reported last week.

On Thursday, in anticipation of the spacewalk, Morgan and Parmitano readied the Quest airlock, the module where astronauts keep their spacesuits and enter and exit the space station for spacewalk missions.

The cosmic particle detector that Morgan and Parmitano will be working on, officially named the Alpha Magnetic Spectrometer, is an experimental device designed to detect antimatter in cosmic rays.

When engineers designed the device, they never conceived of in-service repairs, but the technology’s cooling component is broken and needs to be replaced for the experiment to continue.

“When we first started this, we weren’t really sure if we were going to be able to complete the repairs successfully,” Tara Jochim, AMS spacewalk repair project manager at NASA’s Johnson Space Center, said during a recent press briefing. “Usually when you go out for a spacewalk, you’re working on a piece of hardware that was prepared for, on the ground, for a spacewalk.”

AMS was originally designed for a three-year mission, but engineers decided to try to prolong the mission.

“More than 20 unique tools were designed for the intricate repair work, which will include the cutting and splicing of eight cooling tubes to be connected to the new system, and reconnection of a myriad of power and data cables,” according to NASA. “Astronauts have never cut and reconnected fluid lines during a spacewalk.”

If the repair missions are successful, AMS will be able to continue collecting data through 2030.