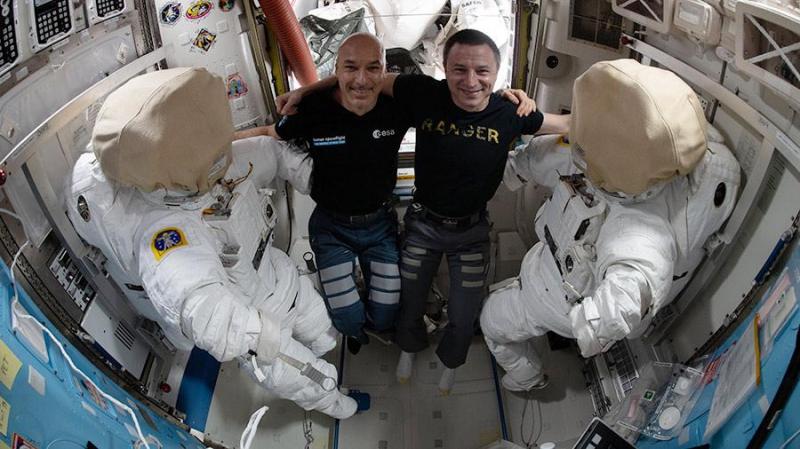 Morgan and Parmitano are scheduled to switch their spacesuits to battery power at 6:50 a.m. ET on Saturday. The duo will spend six hours and thirty minutes outside the International Space Station.

“They will finalize the complex thermal repairs on the AMS, a dark matter and antimatter detector, installed in 2011 on the Starboard-3 truss structure,” according to NASA.

Saturday’s spacewalk will be broadcast live by NASA TV, which can be streamed online. Coverage starts at 5:30 a.m. ET.

Cosmologists and astrophysicists suspect most of the matter in the universe is made up of dark matter, but scientists don’t know what exactly dark matter is. AMS is an experimental device designed to detect antimatter in cosmic rays and help scientists solve the mystery of dark matter’s composition.

When engineers designed the device, they didn’t conceive of in-service repairs. But the technology’s cooling component needs to be replaced for the experiment to continue.

Morgan and Parmitano began repairs on AMS during a pair of spacewalks in November. On Saturday, the duo will finish the work they started.

Though Morgan and Parmitano will be alone outside the space station on Saturday, they won’t be without help.

“Meir and Koch will operate the Canadarm2 robotic arm carefully making fine-tuned maneuvers to assist the spacewalkers at the AMS worksite,” according to NASA.