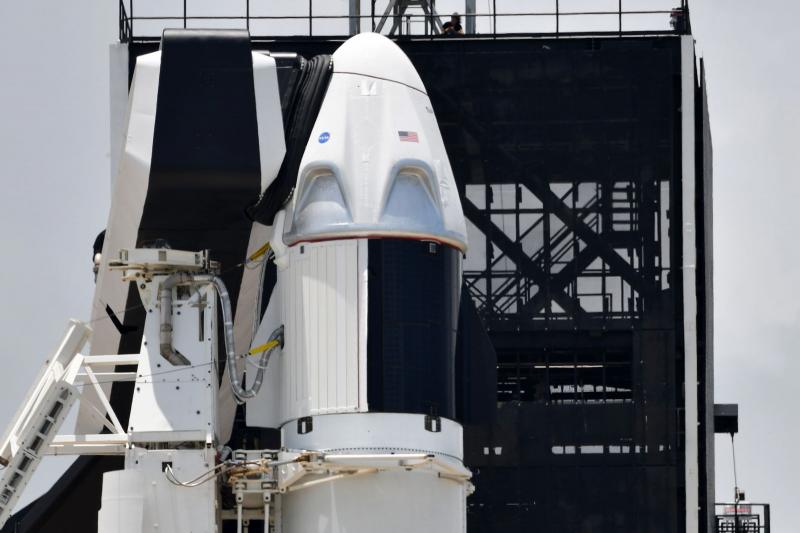 ORLANDO, Fla., May 30 (UPI) — NASA and SpaceX ended a nine-year absence of human spaceflight from U.S. soil Saturday when two astronauts lifted off toward a rendezvous with the International Space Station.

The 3:22 p.m. EDT launch, under overcast skies, from Kennedy Space Center in Florida marked the first time since the final space shuttle mission in 2011 that NASA astronauts didn’t have to rely on Russia to get into space.

NASA Administrator Jim Bridenstine, in comments earlier this week, called the launch a beacon of hope to a nation troubled by the COVID-19 pandemic and social strife, much in the same way the Apollo moon program boosted the nation’s morale.

The successful launch began a 19-hour journey for astronauts Bob Behnken and Doug Hurley, who are to dock with the International Space Station. It also is a final test for the Crew Dragon space capsule made by Elon Musk‘s SpaceX.

SpaceX confirmed the capsule successfully reached orbit, and separated from the second stage booster. The first-stage rocket booster landed successfully on a barge in the Atlantic Ocean.

“It was incredible. Appreciate all the hard work and thanks for the great ride into space,” Behnken said over the communication link to ground crews.

Bridenstine said he’d been praying for the astronauts and their families at liftoff.

“I’ve felt that rumble before, but it’s a whole different feeling when you’ve got your own team on that rocket,” Bridenstine said. “And they are our team, they are America’s team. … This is everything that America has to offer in its purest form.”

Both President Donald Trump and Vice President Mike Pence returned for the launch after Wednesday’s postponement.

In a speech at the space center’s Vehicle Assembly Building after the launch, President Donald Trump called for an end to violence following the death of Minnesotan George Floyd during an arrest Monday.

He then praised NASA and SpaceX for recent advances, as well as plans to return to the moon and eventually Mars.

“Today as we mark a new commitment to an American future in space — a tremendous commitment it is — let us all commit to a brighter future for all our citizens right here on Earth,” Trump said.

NASA and SpaceX defied iffy weather forecasts to begin the mission. Storms in the east-central Florida area created “no go” conditions about two hours before launch. But the weather cleared as the countdown neared liftoff time.

Storm clouds and precipitation had forced a postponement of the launch Wednesday afternoon.

The launch is the first time a private company has sent astronauts into orbit, under NASA’s Commercial Crew Program.

SpaceX secured a contract to provide ferry service to the space station for a fixed cost, and developed the rocket and capsule with NASA’s cooperation.

The Falcon 9 rocket had already been proven as a reliable workhorse for carrying supplies to the space station 250 miles above Earth.

Musk, speaking to family members of both astronauts on Wednesday, said he felt a strong sense of responsibility for their safety.

“I said we’ve done everything we can to make sure your dads come back OK,” he recalled telling each astronaut’s only child Wednesday before the launch was called off.

After launch, the capsule headed east over the Atlantic Ocean and toward the United Kingdom.

The capsule was to orbit the Earth until it reaches the altitude of the space station and catches up to it.

Crew Dragon will inch closer and dock slowly. The capsule is to dock autonomously, but Hurley will demonstrate flying it manually for a brief test.

The spacecraft is scheduled to arrive at the space station Sunday, with docking planned for 10:29 a.m. EDT. Hurley and Behnken are to remain in the capsule for almost two hours as it is locked in place and checks are made on its systems.

During the mission, called Demo 2, Behnken and Hurley will conduct final tests of the Crew Dragon capsule before it is certified for regular ferry service to the space station.

One of the biggest tests will be flying the capsule manually for brief periods, using Crew Dragon’s touchscreen controls.

“We’ve longed to be a part of a test mission, a test spaceflight,” Behnken said during a brief press conference in the days before the launch. “It’s something we dreamed about, flying something other than the space shuttle” to carry people into space.

If the mission ultimately is successful, NASA plans to launch another SpaceX capsule to the space station Aug. 30, Bridenstine, the NASA administrator, said Tuesday.

The return to Earth for the Demo 2 mission would mark the first splashdown of a U.S. space capsule carrying astronauts since the Apollo-Soyuz Test Project in 1975.

The two men share similar life experiences. Both are married to female astronauts who have traveled into space, and both have one child. Both were military test pilots and hold the rank of colonel — Behnken with the U.S.Air Force and Hurley with the U.S. Marine Corps.

Behnken, originally from the St. Louis area, was a former chief of NASA’s Astronaut Office. He flew aboard two space shuttle flights as a mission specialist.

Hurley, originally from upstate New York, flew on the last shuttle mission in 2011 and was the first Marine pilot to fly the F/A‐18 E/F Super Hornet.

SpaceX’s Falcon 9 rocket is the first orbital launch vehicle to be fully reusable, although the rocket for this launch was brand new.