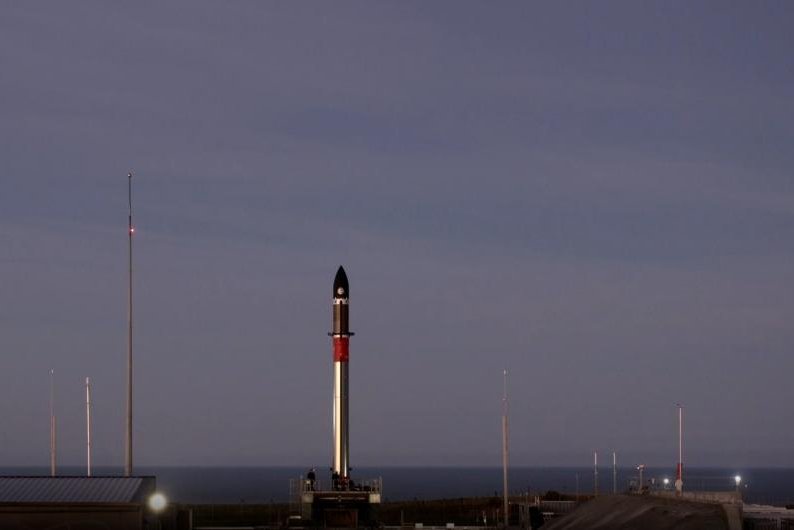 ORLANDO, Fla., May 2 (UPI) — Unfavorable weather conditions pushed Rocket Lab’s 26th launch of an Electron booster to the end of last week, and the company decided to wait for Monday to take a shot at catching the rocket with a helicopter for the first time.

With final checks on its recovery system under way, the company now plans for liftoff around 6:41 p.m. EDT from Mahia Peninsula in New Zealand.

The mission, called “There and back again,” will mark the first time Rocket Lab has attempted to recover one of its first stage boosters.

If recovery with the helicopter is successful, the company also plans to conduct it’s first booster offloading, with the aircraft dropping the rocket on to a waiting ship.

“We don’t usually give mother nature quite so much power over launch timing, but for our first helicopter catch attempt we want to line up the best possible conditions to give us the highest chance of a successful catch. In time, we’ll narrow those bounds,” the company said after first pushing the launch to Friday.

The company then on Friday delayed the launch to Sunday, and finally to Monday evening.

“After a busy week of capture testing, and while we wait for weather to improve, we’re taking an additional day for final helicopter and recovery system optimization ahead of our first mid-air capture attempt,” the company said Saturday on Twitter.

Rocket Lab is using a Sikorsky S-92 helicopter to snag the booster as it falls from the sky. Once they’ve got the booster, the helicopter will then attempt to offload it onto a waiting recovery boat.

Engineers have spent the past two years working to make the Electron booster reusable, and recently beefed up the rocket’s thermal protection system — as seen by a new red stripe on the rocket — which will help it hold up during re-entry and facilitate the catch.

Beck said the company not only beefed up the thermal protection system, but also installed parachutes on the rocket to help slow it down as it fell to Earth. This will help the helicopter grab the rocket.

“We’re excited about this new era of reusability,” Beck said.

Weather plays a key role, not only in launch success, but also in any recovery efforts because this type of aerial task requires calm winds and smooth sea states, the company has said.

Once the rocket has released its payload of 34 small satellites into space, it will head back to Earth, where a helicopter will be waiting to grab it.

Data collected from both the catching and then offloading the booster onto the recovery ship will be used to streamline the process going forward.

And if successful, Rocket Lab plans to prep the booster to fly again.