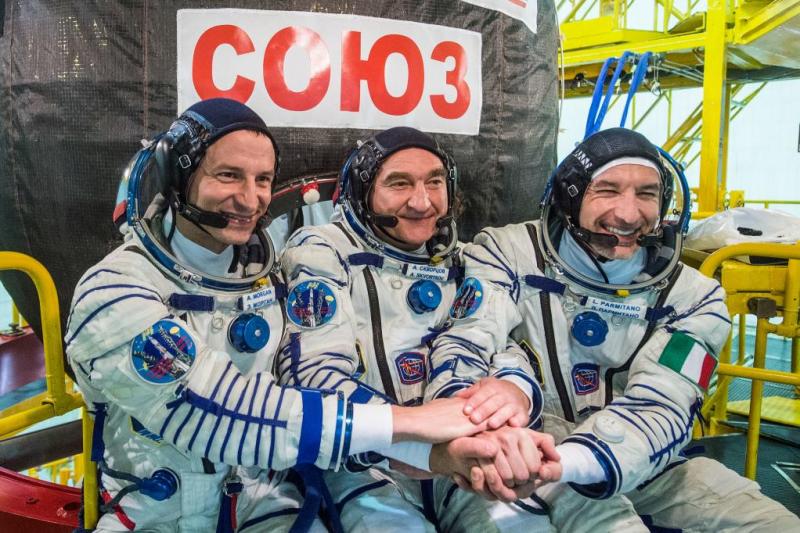 July 20 (UPI) — NASA astronaut Andrew Morgan isn’t going to the moon, but he will celebrate the 50th anniversary of the Apollo 11 mission with a trip to the International Space Station.

Morgan will be joined inside the Soyuz MS-13 spacecraft by Luca Parmitano of the European Space Agency and Alexander Skvortsov of the Russian space agency Roscosmos. The trio are scheduled to blast-off from Baikonur Cosmodrome in Kazakhstan at 12:28 p.m. ET on Saturday, 9:28 p.m. local time.

On Saturday evening, Morgan, Parmitano and Skvortsov will be welcomed onto the International Space Station, making the Expedition 60 crew a six-person team.

The trip from Kazakhstan will last roughly 5.5 hours, with the spacecraft scheduled to dock at the station’s Zvezda service module at 6:50 p.m. ET. The hatches will be opened two hours later.

“The Expedition 60 crew will continue work on hundreds of experiments in biology, biotechnology, physical science and Earth science aboard humanity’s only permanently occupied microgravity laboratory,” according to NASA.

Over the last week, the three new crew members underwent a variety of medical tests to provide a baseline for comparison. The same tests will be performed when the astronauts return to Earth. The research will help scientists better understand how exposure to microgravity conditions influence human health.