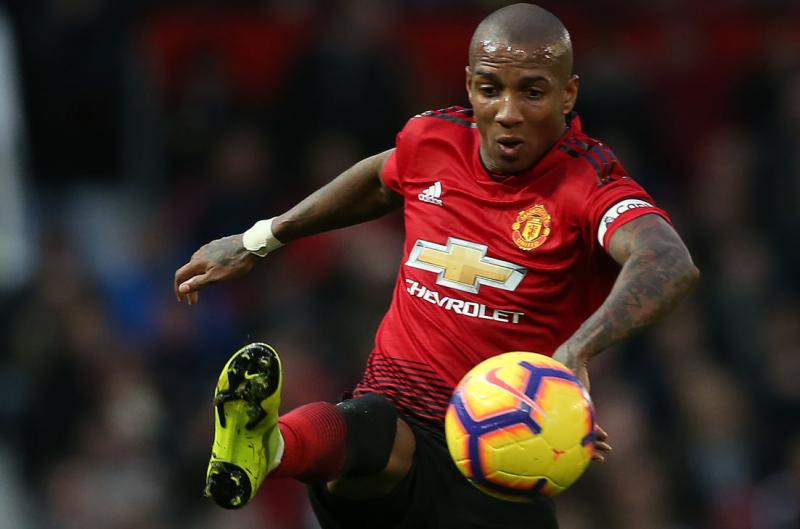 Dec. 8 (UPI) — Defender Ashley Young opened the scoring in Manchester United’s win against Fulham by scoring after a nutmeg on Saturday at Old Trafford.

The strike sparked the Red Devils’ 4-1 Premier League triumph in Manchester, England. United controlled the ball on Fulham’s half during the sequence when Nemanja Matic sent a pass to the left side for Marcus Rashford.

The forward received the ball and jetted to his left. He then fired a short pass to his left, finding Young flashing down the flank.

Young tracked the ball down with his left boot, stopping its momentum before facing Fulham right back Denis Odoi. The Red Devils defender tapped the ball to his right as he faced up with his counterpart. He then quickly touched the ball through Odoi’s legs with the outside of his right boot. He ran around Odoi and regained control of the ball as he entered the box.

Young then tapped the ball to his right and fired a shot, finding the far post netting and beating Fulham keeper Sergio Rico.

Juan Mata made the score 2-0 in the 28th minute before Romelu Lukaku closed first half scoring for the Red Devils, giving the squad a three goal lead at the break.

Aboubakar Kamara’s 67th minute penalty kick was Fulham’s only score on the day. Rashford closed the scoring with a goal in the 82nd minute for the Red Devils.

United battles Valencia in the Champions League at 3 p.m. on Wednesday in Valencia, Spain.