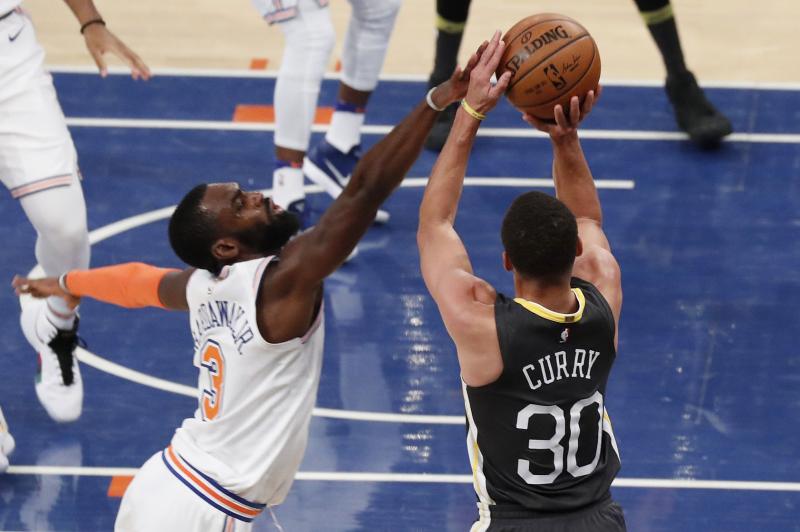 Curry brought the ball up the court just before halftime and drained a 27-footer at the buzzer.

The standout guard ignored a Pacers defender and used a swift side-step to create separation. Curry elevated and made the deep three close to the Pacers’ logo at center court of Bankers Life Fieldhouse.

Curry scored 23 points on 9-of-10 shooting in the first half. He made all five of his 3-pointers and added three rebounds and two assists.