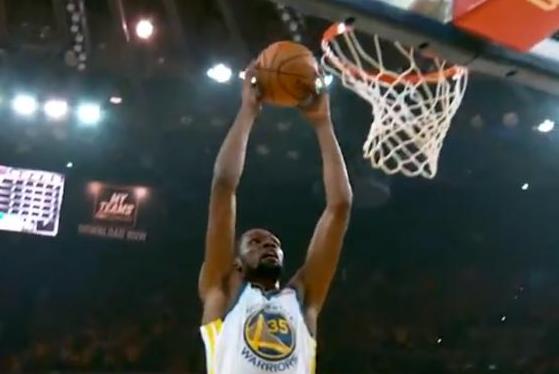 May 8 (UPI) — Golden State Warriors stars Kevin Durant and Stephen Curry took turns throwing full-court passes to each other in the first half Wednesday night.

Curry grabbed a rebound off a deflection from Warriors forward Draymond Green and found Durant with a long outlet pass in the first quarter. Durant, who outran Rockets star James Harden, capped the dish with a two-handed dunk.

Later in the second quarter, Durant returned the favor with a deep heave down the court to Curry. Green again swatted a rebound, which fell into Durant’s hands.

Curry handled the pass and went up for a reverse layup with Rockets guard Austin Rivers behind him. Curry drained the shot and drew the foul.