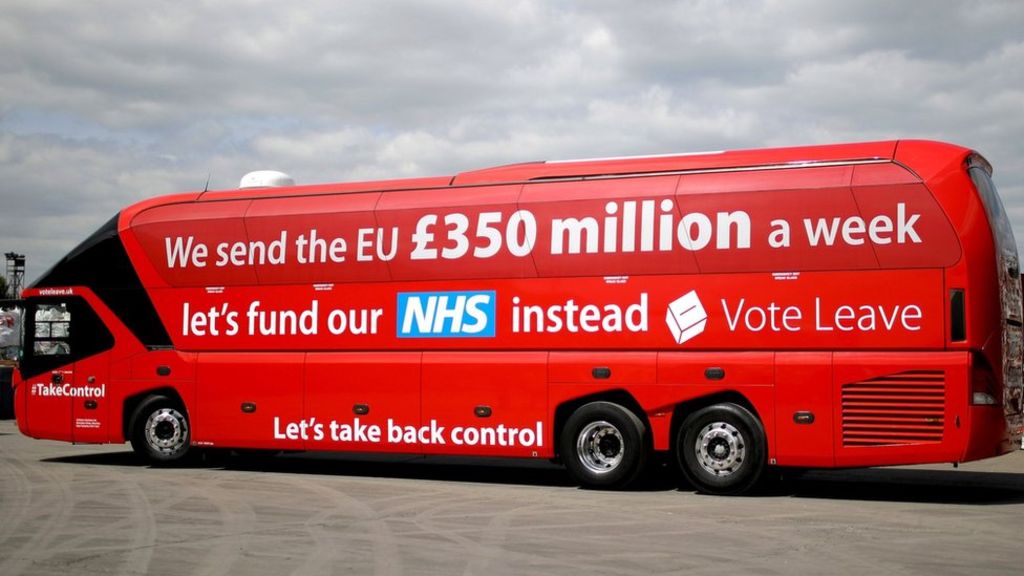 The health service should get the cash boost it was promised during the EU referendum, the head of the NHS in England is expected to say later.

Simon Stevens will use controversial claims used by Vote Leave to put the case for more money in a speech later.

With waiting times worsening, he will say trust in politics will be damaged if the NHS does not get more.

During the referendum it was claimed £350m a week was sent to the EU and that would be better spent on the NHS.

The claim was widely contested at the time and ever since – it did not take into account the rebate the UK had nor the fact the UK benefited from investment from the EU.

Some argued it proved highly influential in the referendum result.

If you can’t see the NHS Tracker, click or tap here.

The speech by Mr Stevens at the NHS Providers’ annual conference of health managers is highly political, coming just a fortnight before the Budget.

And it is being made as three highly-influential health think-tanks – the King’s Fund, the Nuffield Trust and the Health Foundation – publish a joint report calling for an extra £4bn to be given to health next year.

That amounts to eight times more than health spending is due to rise by.

Mr Stevens is not expected to say exactly how much he wants, but instead will argue the health service needs a significant boost in funding beyond what has already been promised by ministers.

He will tell delegates gathered in Birmingham: “The NHS wasn’t on the ballot paper, but it was on the Battle Bus. Vote Leave for a better funded health service – £350m a week.

“Rather than our criticising these clear Brexit funding commitments to NHS patients – promises entered into by cabinet ministers and by MPs – the public want to see them honoured.

“Trust in democratic politics will not be strengthened if anyone now tries to argue: ‘You voted Brexit, partly for a better funded health service. But precisely because of Brexit, you now can’t have one.’

“A modern NHS is itself part of the practical answer to the deep social concerns that gave rise to Brexit.

“At a time of national division, an NHS that brings us together. An institution that tops the list of what people say makes them proudest to be British. Ahead of the Army, the monarchy or the BBC. Unifying young and old, town and country, the struggling and the better off.”

He pointed out key targets for A&E, routine operations and cancer care were now being widely missed.

“The Budget is an important opportunity, at the beginning of this Parliament, to protect care quality for patients and service users and help the NHS break out of the downward spiral in which it is currently trapped.

“There isn’t enough funding to cope.”

The government has promised the NHS frontline budget will be £8bn a year higher by 2022 – once inflation is taken into account – than it is now.

But that does not take into account the whole health budget – which also includes spending on things such as training and healthy lifestyle services, like stop smoking services.

Once that is factored in, the current average annual increase are running at less than 1%.

Historically, the service has enjoyed rises of around 4% to cover the cost of the ageing population and new drugs.

A Department of Health spokesman said: “Research shows spending on the NHS is in line with most other European countries, and the public can be reassured that the government is committed to continued investment in the health service.”