The 28-year-old is on a romantic getaway with her boyfriend, Joshua Ritchie, 23.

The Just Tattoo Of Us host has been looking bustier than ever while she’s posting pics in bikinis – thanks to going under the knife.

After diving into the sea in a knitted crop top with the word ‘Honey’ sprawled across it, Char’s white top went see-through as she was walking out of the water. 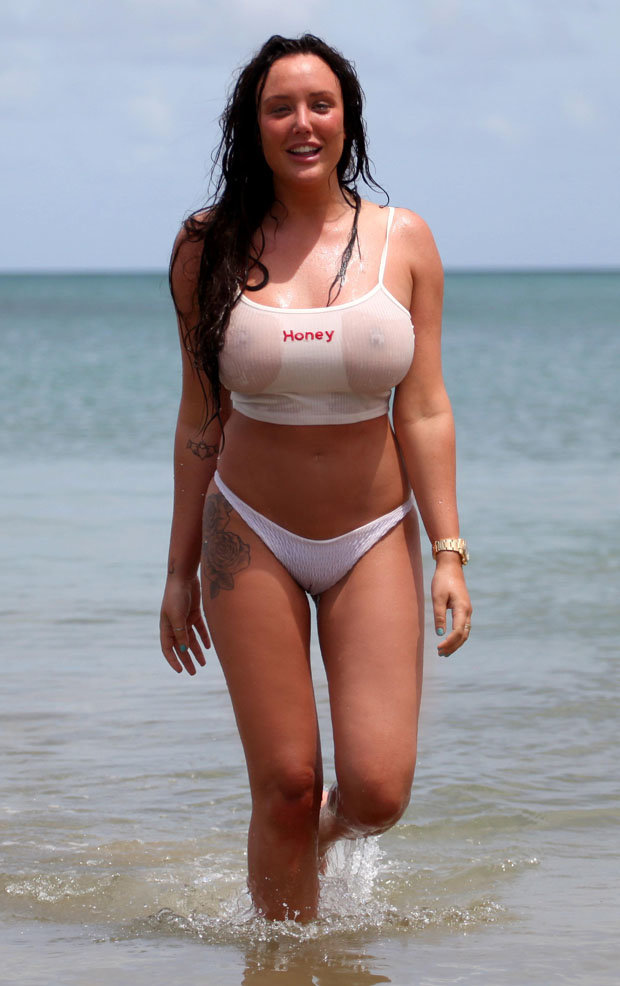 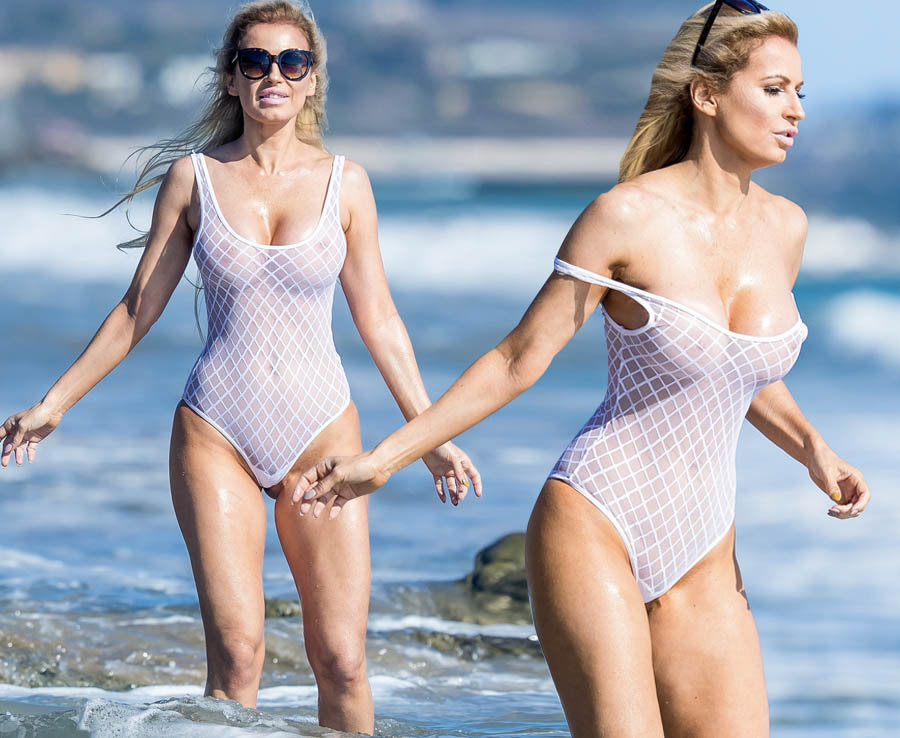 Getty Images
Ana Braga parades in a see through swimsuit 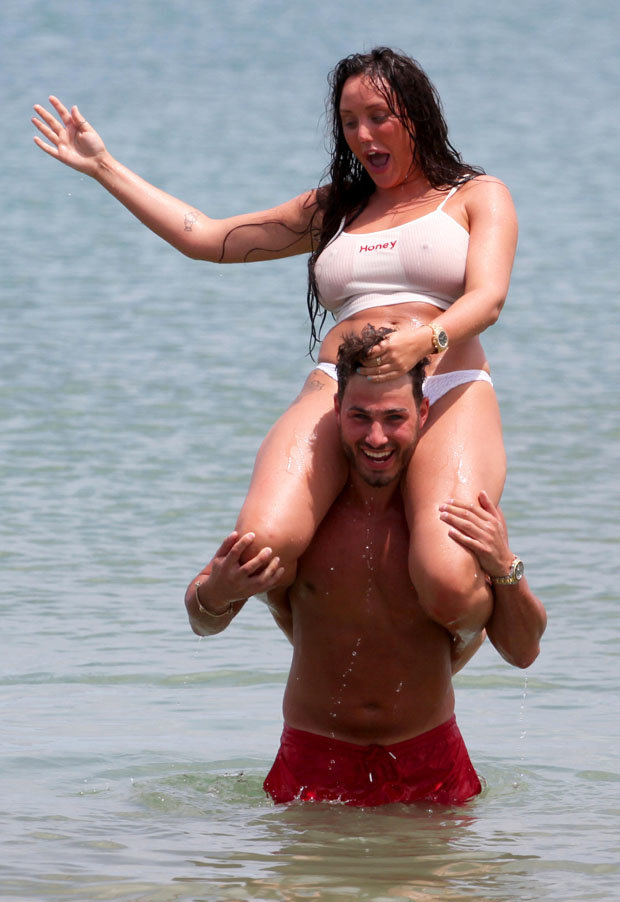 DOWN UNDER: Boyfriend Joshua Ritchie chucks Charlotte off his shoulders playfully in the sea

The happy couple seemed to be getting wet and wild in the sea as she jumped on top of Josh’s shoulders, before he threw her back into the water.

Holly joined Charlotte in flashing her assets with revealing bikinis and holiday outfits, raking in compliments.

One fan commented on her latest post saying: “Yes girl you look so good!” 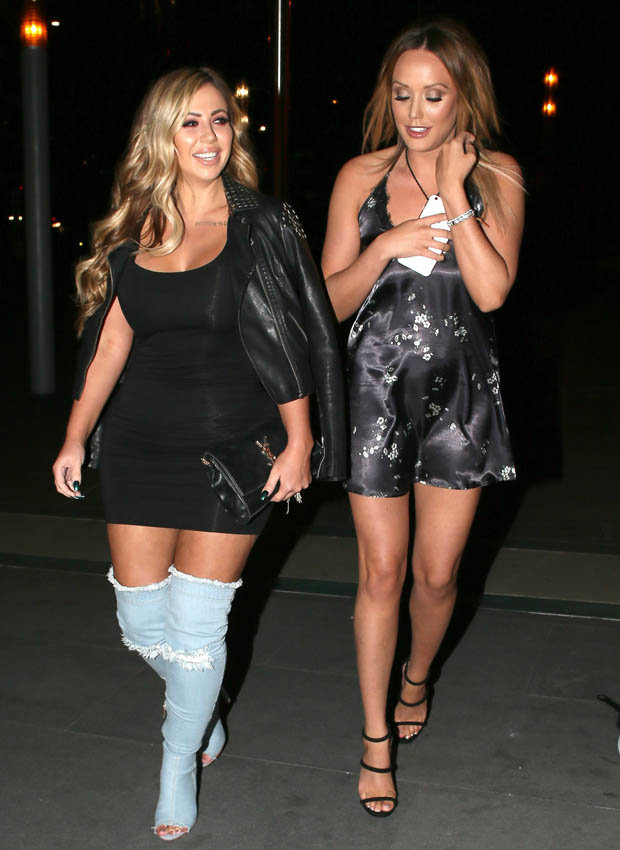 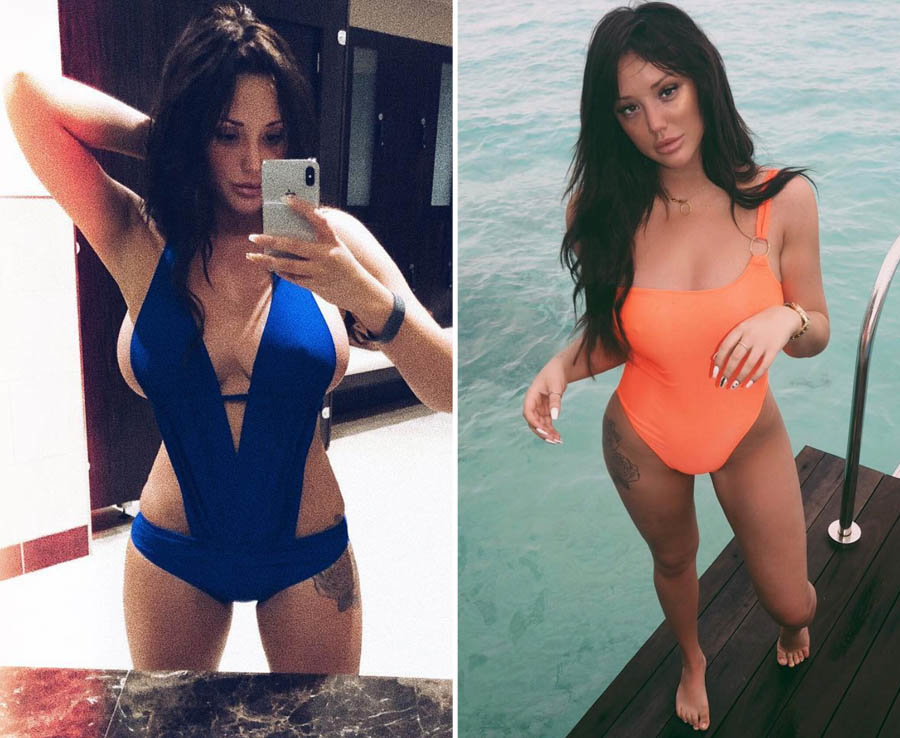 Charlotte has been flaunting her new boobs ever since her corrective surgery to get rid of her ‘uniboob’ which was a symptom of the rare condition, congenital symmastia.

She previously revealed to OK! magazine: “[The uniboob] is something that I feel under confident about.”

Her provocative Instagram posts have seen mixed reviews with some questioning why she went so big and putting her under fire for pushing ‘false appearances’.

One commenter said: “You should be ashamed of yourself, pushing your false appearances on your young and impressionable fans.” 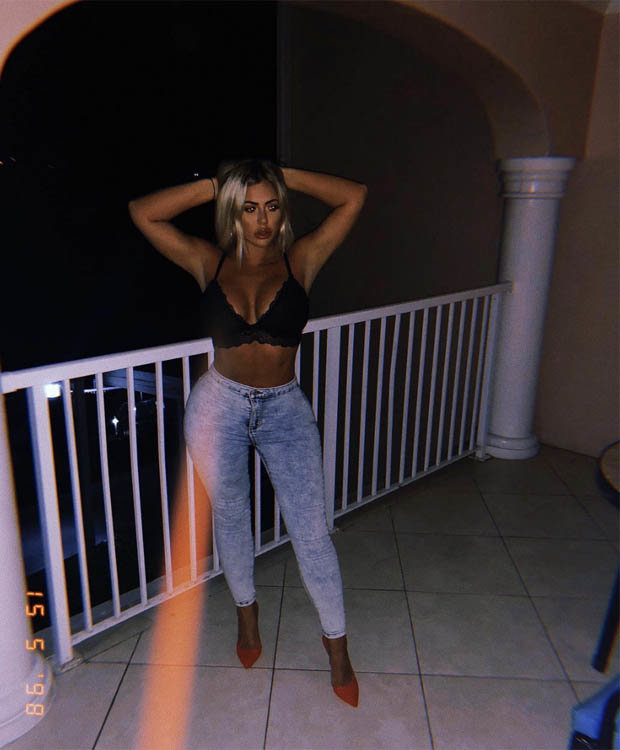 But before Charlotte got a chance to hit back at the trolls, her fans flooded in with comments such as: “It’s HER body! She’s showing it off because she’s proud of it. And so she should be!”

Charlotte has been dating Joshua Ritchie for a few months since the end of her relationship with Stephen Bear.

Joshua was previously on Ex On The Beach and Charlotte has since said in an Instagram post that Josh “makes her insanely happy”.