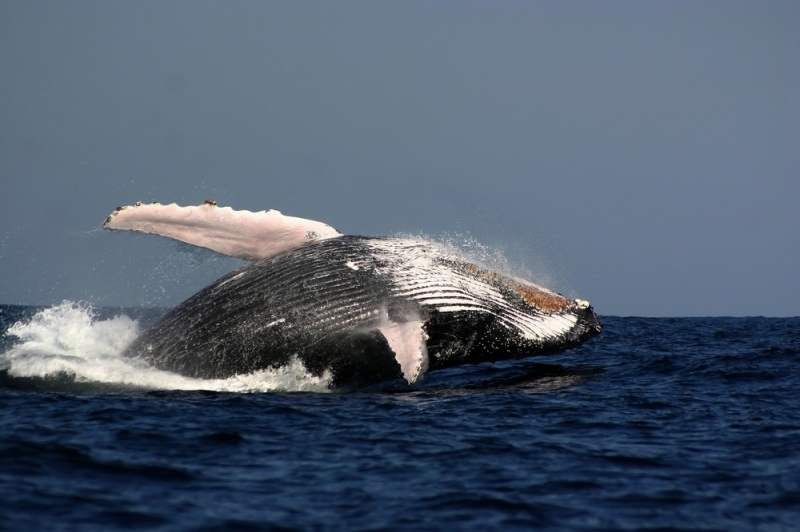 June 16 (UPI) — Whale watching vessels need to do more than keep their distance. New research suggests whales in need of peace and quiet are disturbed by the engine noise of encroaching boats.

To get their patrons the best possible view, whale watching companies and the captains of their ships tend to position vessels as close as they can.

Policy makers and regulators have worked to develop rules to protect whales, mandating that whale watching vessels keep a certain distance away, travel at slow speeds and position themselves to the rear of whales.

Previous studies suggest even boats keeping their distance can alter the behavior of whales.

For the new study, scientists conducted a series of underwater sound tests to better understand the effects of engine noise on whale behavior.

The experiments — the results of which were published Tuesday in the journal eLife — showed whale watching boats can minimize their impacts on resting whales by keeping noise levels below 150 decibels.

“Unlike humans, the dominant sense in whales is not sight — it is hearing,” Australian biologist Kate R. Sprogis, research fellow at Aarhus University in Denmark, said in a news release. “As such, a whale may not be able to see a whale-watch boat at 100 meter distance, but they are likely to hear it, so it makes sense to consider this when stipulating whale-watching guidelines.”

Using underwater speakers and drone cameras, scientists tested the effects of different decibel levels on the behavior of humpback whales in the Exmouth Gulf, located off the western coast of Australia.

For Humpbacks in the region, the gulf is a place of rest, where mothers nurse their calves until they’re strong enough to embark on the summertime migration to colder waters where they feed on krill and small fish.

When researchers subjected mothers and calves to boat-noise levels of 172 decibels, a very loud boat, from a distance of 100 meters, the mothers and calves spent 30 percent less time resting, swam at faster speeds and doubled their breathing rates.

When the boats moved further away, disturbed whales usually returned to resting. However, previous studies suggest repeated disturbances can leave moms without the energy to feed their calves and evade predators.

“For the calves, multiple disturbances can also mean that they don’t get enough milk: In a short time, they have to grow big and strong enough to be able to cope with the migration to colder regions and to minimize the risk of being predated upon by sharks and killer whales,” said Sprogis.