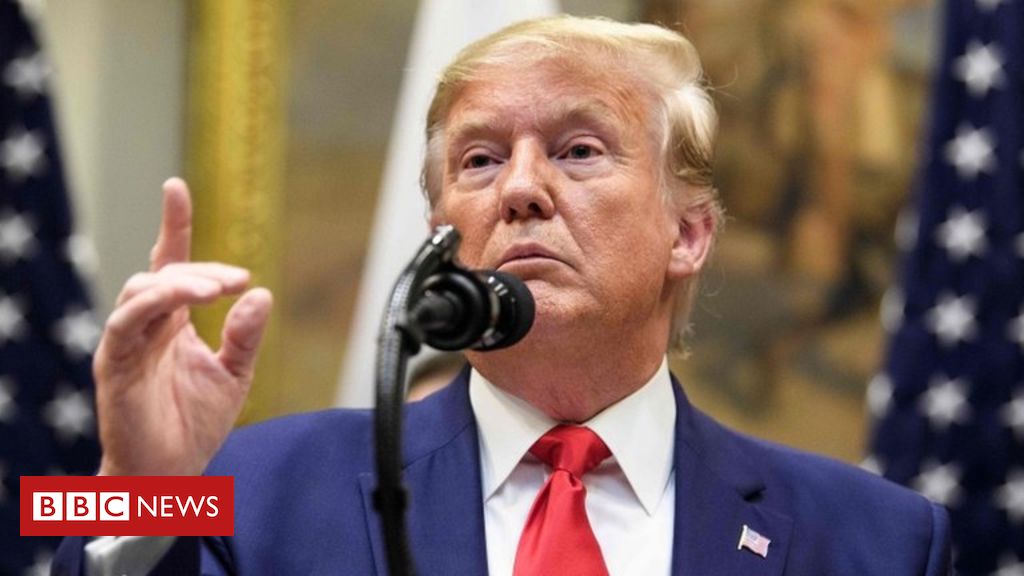 The White House has officially refused to co-operate with the impeachment inquiry against President Donald Trump.

A letter sent to Democratic leaders rejected it as “baseless” and “constitutionally invalid”.

The inquiry is trying to find out if the president held back aid to Ukraine in exchange for an investigation into Joe Biden, who is running for the Democratic presidential nomination.

The White House letter comes hours after the Trump administration blocked the US ambassador to the European Union from appearing before a congressional impeachment investigation.

What does the letter say?

White House counsel Pat Cipollone addressed the eight-page letter to the leading Democrat and House Speaker, Nancy Pelosi, and the three chairmen of the Democratic committees.

He accused the leaders of setting up an inquiry “that violates fundamental fairness and constitutionally mandated due process” – specifically by not holding a vote on launching the inquiry.

The letter accuses Democrats of trying to change the 2016 election result, and attacks the investigation as “constitutionally invalid and a violation of due process”.

“In order to fulfil his duties to the American people… President Trump and his Administration cannot participate in your partisan and unconstitutional inquiry under these circumstances.”