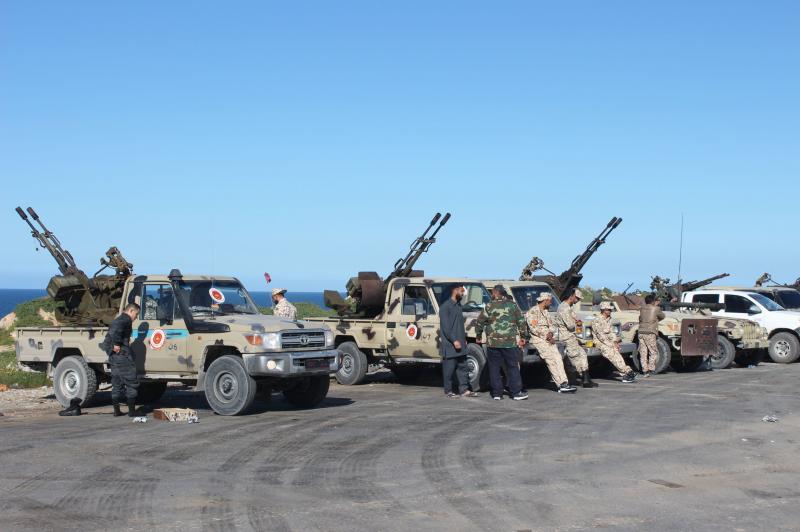 April 14 (UPI) — Since a Libyan military commander launched an assault to take over Tripoli, the capital, 10 days ago, 121 people have died and 561were wounded, the World Health Organization said Sunday.

Eight ambulances have been bombed, including two on Saturday, since the outbreak of violence on April 4 launched by strongman Khalifa Haftar.

More than 13,500 people had been displaced by the clashes, including 4,000 in the past 24 hours, and more than 900 residents are living in shelters, the U.N. Office for the Coordination of Humanitarian Affairs said Saturday. Also, 3,900 people who requested their evacuation from conflict- affected areas could not be evacuated to safer areas.

Both sides have been accused of targeting civilians, the Daily Sabah reported. Haftar’s forces control portion of eastern Libya and have refused to halt fighting against those loyal to the U.N.-backed Government of National Accord based in Tripoli.

Since the NATO-backed overthrow of dictator Muammar Gaddafi in 2011, militias have been seeking to take control.

“We need to get rid of militias and terrorist groups,” Aguila Saleh, head of the House of Representatives allied to Haftar, said Saturday. He was referring to eastern officials allied to the Tripoli government.

Egypt’s President Abdel Fattah el-Sissi met with Hafter in Cairo on Sunday, the presidency said. No details were release.

OCHA estimates $ 190 million is required to meet the funding requirement of the 2019 Humanitarian Response Plan.