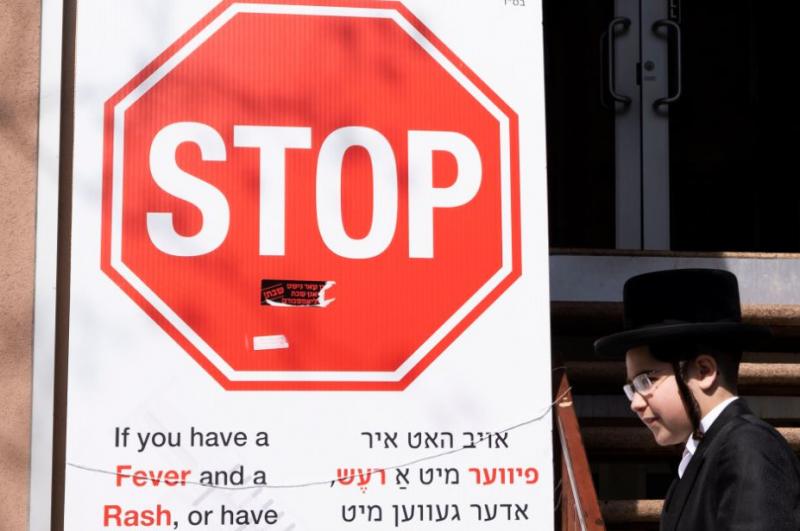 Dec. 5 (UPI) — When it comes to measles outbreaks, the United States is catching up with the rest of the world.

Although 2018 was a relatively quiet year for the disease in the U.S. — with just 372 confirmed cases — nearly 9.8 million people were diagnosed with measles globally, and more than 140,000 died from it, despite availability of a vaccine.

And this year, the disease has been far more prevalent in the U.S., with more than 1,200 cases to date — the highest total in more than 25 years.

Both the World Health Organization and the U.S. Centers for Disease Control and Prevention highlighted the importance of vaccination Thursday as they released their final measles surveillance figures for 2018.

“That anyone should die from measles — against which a safe, effective and affordable vaccine has existed for over 50 years — is a collective failure which must be addressed,” Katrina Kretsinger, WHO medical officer for measles, told UPI.

According to the WHO and CDC, measles cases surged globally in 2018 due to a series of “devastating outbreaks in all regions.”

In all, there were 9.7 million estimated measles cases and 142,300 related deaths worldwide in 2018. Although this figure is down significantly from the more than 28 million cases reported in 2000, the first year the WHO started recording measles data, it shows an approximately 30 percent increase year-to-year from 2017, when there were an estimated 7.6 million cases and 124,000 deaths.

Southeast Asia had the highest share of measles cases and deaths, with more than 3.8 million and 39,000, respectively. However, Europe also had more than 850,000 cases as well, due in large part to declines in vaccination rates in countries such as France, Greece and the Britain.

Globally, most of the deaths caused by measles were among children five years of age and younger. According to the WHO and CDC, babies and very young children are “at greatest risk from measles infections, with potential complications including pneumonia and encephalitis… as well as lifelong disability, permanent brain damage, blindness or hearing loss.”

Recently published evidence shows that contracting the measles virus can have further long-term health impacts, with the virus damaging the immune system’s memory for months or even years following infection, the agencies added.

Globally, WHO and UNICEF estimate that 86 percent of children received the first dose of the measles, or MMR, vaccine through routine vaccination services in 2018, but that less than 70 percent received the second recommended dose. According to the most recent figures from the CDC, vaccination rates among children in the United States are above 91 percent, but outbreaks in New York and Michigan earlier this year were linked with unvaccinated populations.

In Samoa, where an ongoing measles outbreak has claimed more than 60 lives and forced schools and businesses to close for several days this week, MMR vaccination rates are just over 30 percent, according to Kretsinger.

“We’ve had a safe and effective measles vaccine for over 50 years,” Robert Linkins, CDC branch chief of accelerated disease control and vaccine preventable disease surveillance, said in a statement. “We must turn this trend around and stop these preventable deaths by improving measles vaccine access and coverage.”

The Measles & Rubella Initiative — which is coordinated by the American Red Cross, CDC, UNICEF, the United Nations Foundation and WHO as well as several partner groups — is currently helping countries respond to measles outbreaks through emergency vaccination campaigns and by training health workers to provide effective treatment for children suffering the effects of the disease.

“We are alarmed at the increase in measles in the US and around the globe — but there is hope,” Gail McGovern, president and CEO of the American Red Cross, said in a statement.