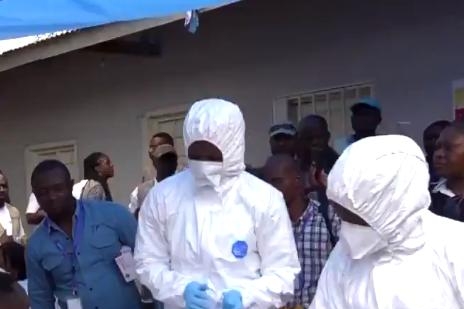 June 25 (UPI) — The World Health Organization said Thursday that the Ebola outbreak in the eastern Democratic Republic of the Congo, which killed 2,280 people over nearly two years, has ended.

The Ebola outbreak hit the eastern DRC on Aug. 1, 2018, in North Kivu province, nearly a week after the World Health Organization declared the ninth Ebola outbreak over in the DRC’s northwest region. That outbreak, in the Equateur province, 1,500 miles away, infected 50 people and killed 33.

The 10th Ebola outbreak since 1976 for the central African country ranked second deadliest worldwide only to the 2014-2016 outbreak in an active conflict zone in West Africa. The 2014-2016 outbreak killed 2,287 people and infected 3,470 people, 28 percent of whom were children, according to the U.N. agency providing humanitarian aid for children worldwide, known as UNICEF.

Ebola virus disease is a deadly disease transmitted to people from wild animals and then spread through direct contact with bodily fluids, according to the Centers for Disease Control and Prevention.

“The outbreak took so much from all of us, especially from the people of the DRC, but we came out of it with valuable lessons, and valuable tools,” WHO Director-General Tedros Adhanom Ghebreyesus said in a statement.

WHO Regional Director for Africa Dr. Matshidiso Moeti said that “it wasn’t easy,” to defeat the epidemic in the eastern DRC.

“At times it seemed like a mission impossible,” Moeti told reporters Thursday. “Ending this Ebola outbreak is a sign of hope for the region and the world, that with solidarity and science and courage and commitment, even the most challenging epidemics can be controlled.”

Moeti also said that the lessons learned from fighting the Ebola outbreak “have been quickly activated in response to COVID-19 in the DRC and its neighboring countries.”

“Working together we leave an enduring legacy which is now supporting the fight against COVID-19 and other outbreaks,” Moeti added.

The Democratic Republic of the Congo has reported that COVID-19 has sickened 6,411 people and killed 142 people in the central African country, according to Johns Hopkins University global tracker.

Even though the fight against Ebola is over in the DRC, the fight continues in Mbandaka, the capital of the Equateur province, where it resurfaced earlier this month, infecting 24 and killing 12 people.

Head of the U.N. Emergency Ebola Response Office Abdou Dieng said that “before we even ended the 10th epidemic, an 11th epidemic was started in Mbandaka.”

“We have beaten Ebola in Eastern DRC, but the struggle isn’t over yet,” Dieng said.

“Despite this, communities across DRC need to know now and in the future that they can recover from this disease,” Dieng said.