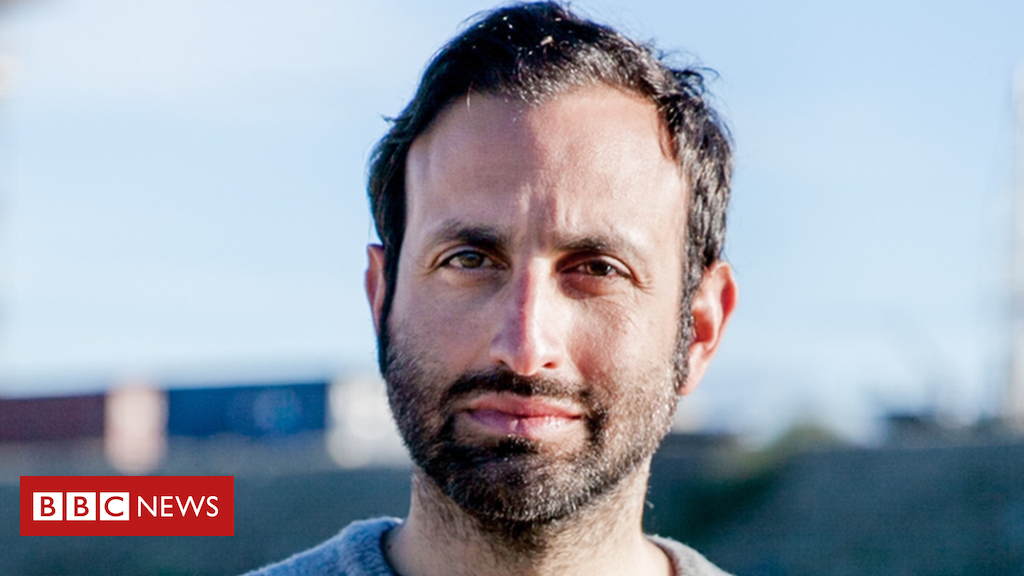 My name is Tim and I’m a cheese addict. But what I’ve been discovering recently has shaken me to the core.

I can barely look a Babybel in the face. A half-eaten halloumi squeaklessly lies yellowing in the fridge. My cheese dreams are shattering.

For, after a lifetime of unfettered devotion, could it possibly be that cheese is more foe than friend? That I am addicted to something that is not so good for my body? That cheese should be toast?

These are questions that began surfacing a couple of months ago when I began making an episode for my new podcast for the BBC, All Hail Kale, looking into whether dairy was scary.

For some time, I’d increasingly been questioning the logic of adults drinking milk.

While milk and dairy products, such as cheese and yoghurt, are good sources of protein and calcium and can form part of a healthy, balanced diet, as Dr Michael Greger, from NutritionFacts.org, put it to me: “There’s no animal on the planet that drinks milk after weaning – and then to drink milk of another species even doesn’t make any sense.”

He then reeled off a series of studies showing the life-shortening potential of drinking this “hormonal stew”.

I’d always blithely assumed cheese was a more mature – perhaps benign or even more beneficial – form of dairy. It fitted a mental picture of spritely, long-living Greeks and Italians liberally sprinkling around feta and pecorino; yet in reality, only a low to moderate amount of cheese figures in the hallowed Mediterranean Diet.

I’d also unilaterally decided that a childhood diagnosis of lactose-intolerance should in no way impede me from mainlining paneer when in India or, when skiing, spending more time forking bread into fondue than bothering with the slopes.

Perhaps this sense of denial-cum-delusion stems from an actual addiction. One US doctor controversially (and not supported by any of the professors I spoke to) refers to cheese as “dairy crack” – for apparently containing addictive, opiate-like chemicals – and even suggests a three-step programme to de-cheese.

Step One: know why you want to break away.

Well, I don’t know that I do want to break away.

But in the journalistic pursuit of seeing whether cheese is a less scary form of dairy than milk, I took my head out of the sand (under which a special Turkish cheese is apparently fermented) and contacted three heavy-hitters in nutrition. They all agreed the milk secretion of another species is a strange thing for us to have latched onto – and adult humans have no need to drink it. But could a cheese consensus be reached?

Dr Michael Greger took a hard line: cheese, with its combination of sodium and concentrated butterfat, should not be part of our daily diets. “Make it for a special occasion rather than the day-to-day.”

Dr Walter Willett, a professor of nutrition at the Harvard School of Public Health – took a more semi-hard view of cheese. “It does not seem to have the same growth-promoting effects as milk does. Have your Brie in moderation and enjoy it.” He said we should have only one portion of dairy a day.

Over at Cornell University, its Nutrition professor David Levitsky took a distinctly softer stance on the perils of dairy – and confessed to having a small cheese plate before dinner every night. “I enjoy it, but I don’t eat masses of cheese.”

The consensus, of sorts, was that cheese should certainly not be at the high end of the spectrum.

In the spirit of de-ostriching, I then went to see a GP, Dr Enam Abood from the Harley Street Health Centre to get my lactose intolerance retested 30 years on.

She confirmed that not only was the intolerance still in force but by ignoring it I might have inflamed my gut.

According to Dr Abood, my ropey gut means I’m probably not absorbing vitamins and minerals, which isn’t great for my immune system, energy levels, and even maybe my mood.

The damage is most likely the result of me overdoing dairy for years.

Dr Abood recommended that if I consume cheese, I should pop a lactase pill – giving me the enzyme I, and many people like me, lack to be able to digest dairy properly.

The one silver (gut) lining from my medical travels was an intestinal expert telling me that a nice piece of bacteria-rich, non-processed, unpasteurised cheese will go down a treat with the gut microbiome.

Having also been making an All Hail Kale episode on the crucial role of the gut to your moods, this seemed like an excellent rationale to keep cheese on the table.

I never got as far as Step Two: think about what you can do to change the recipes you have already. Step Three – think about the non-dairy cheeses – seemed too much to even consider stomaching.

Instead, I think about how bewildering it is to get definitive answers around nutrition. I think I should remember to carry around lactase enzyme pills. And I think my gut would want me to have a little slice of Roquefort… tomorrow.

Download BBC Sounds to listen to All Hail Kale.