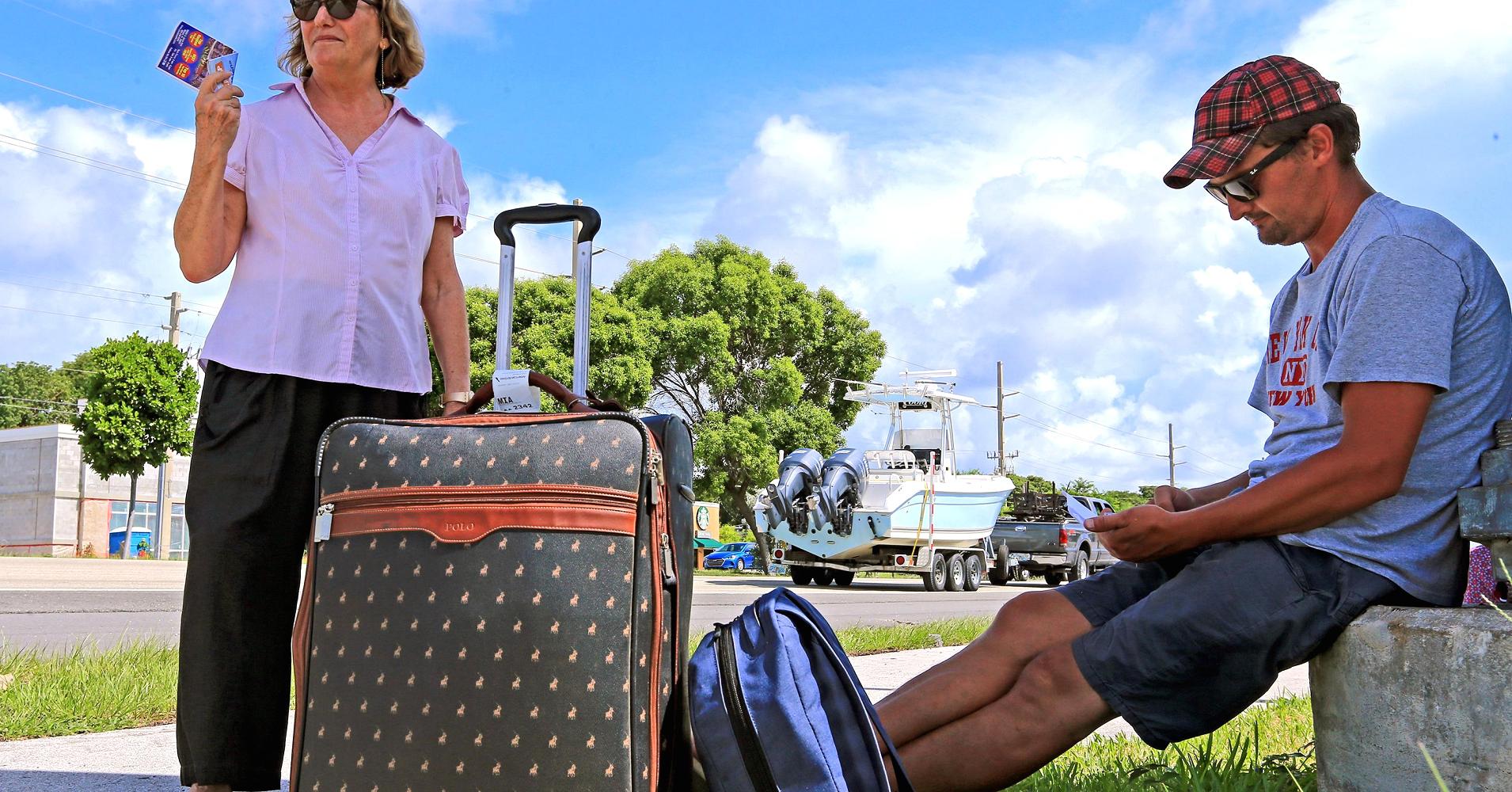 As forecasters issue hurricane and storm-surge watches for parts of Florida, airlines and cruiselines are making it easier for U.S. travelers to troubleshoot their plans and stay out of Hurricane Irma’s way.

The latest advisories from the National Oceanic and Atmospheric Administration’s National Hurricane Center predict that the “potentially catastrophic” Category 5 storm will move over Turks and Caicos and southeastern Bahamas by late Thursday.

“Some fluctuations in intensity are likely during the next day or two, but Irma is forecast to remain a powerful category 4 or 5 hurricane during the next couple of days,” according to the advisory.

“Interests elsewhere in the Dominican Republic and Haiti, as well as Cuba and Florida should monitor the progress of Irma,” the advisory notes.

(In August, NOAA raised its tropical storm and hurricane forecast for this year, predicting an “extremely active season.” It expects 14 to 19 named storms, including five to nine hurricanes and two to five major hurricanes. Irma is the ninth named storm of the season and the fourth hurricane. The center is also currently tracking the 10th and 11th named storms — Hurricane José and Hurricane Katia.)

It’s still too early to say what impact Hurricane Irma could have on the United States, although it’s looking more likely the storm will make landfall near Miami late Saturday or Sunday, said meteorologist Paul Walsh, director of weather strategy at IBM Global Business Services.

“Every hour that goes by, the cone is tightening a little bit,” he said. “The confidence goes up with every forecast.”

It’s still possible the storm could move a little to the east, bringing it up along the coast into Georgia and South Carolina instead of through Florida, Walsh said.

“It doesn’t need to go far to have a dramatically different impact,” he said.

Florida Gov. Rick Scott declared a state of emergency Monday to prepare the state for Irma. On Tuesday he took additional steps, including activating National Guard members to assist with storm preparations and suspending tolls statewide to make it easier for residents to evacuate.

“While the exact path of Irma is not absolutely known at this time, we cannot afford to not be prepared,” Scott said in a statement Monday. “This state of emergency allows our emergency-management officials to act swiftly in the best interest of Floridians without the burden of bureaucracy or red tape.”

The ease with which you can shift plans depends on where and when you’re traveling. (See infographic below for tips.)

Major airlines — including American, Delta, Frontier, JetBlue, Southwest, Spirit and United — have issued travel advisories related to Hurricane Irma and are waiving the change fees for travelers to reschedule their flights. Amid traveler complaints of high flight prices, some are also adding flight capacity or capping fares for travelers seeking to leave Florida ahead of the hurricane.

As of early Thursday, 31 cruise sailings have been affected by the storm, including 13 cancellations, 10 shortened itineraries and 10 revised itineraries, according to CruiseCritic.com. Policies vary by line, they report; in many cases, passengers on canceled sailings will receive full refunds, and those on shortened sailings partial refunds. Some lines are also offering extras, like reimbursed flight-change fees and credits for future sailings.

As the storm’s path becomes more defined, the airlines are likely to be proactive about canceling flights, Walsh said. Travelers bound to, from or through areas likely to be affected should sign up for flight alerts to receive early notification of any changes, he said.

Irma is a named storm, so it’s too late to pick up travel insurance for your trip. But if you already have a policy in place, check to see if its protections have kicked in (depending on your coverage, they may not have yet).

“While a ‘watch’ is not listed as a covered reason to cancel, a ‘hurricane warning’ can be,” said Megan Singh, project management director for insurance marketplace Squaremouth.com