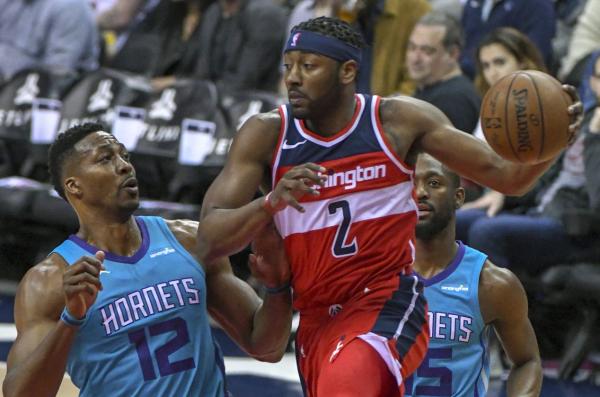 If the Washington Wizards want to improve their playoff position in the final days of the regular season, they can start by beating one of their potential opponents when the Boston Celtics visit Capital One Arena on Tuesday night.

Washington (42-38) has lost four straight to drop into eighth place in the Eastern Conference with games remaining against the Celtics and at Orlando on Wednesday.

An eighth-place finish would match the Wizards with the Toronto Raptors, and seventh place gets them the injury-depleted Celtics (54-26) and sixth place either Philadelphia or Cleveland.

“Not passing the ball to one another. Simple as that. Nobody wanted to share the basketball tonight,” coach Scott Brooks said. “When you do that, you end up taking bad shots. When you take bad shots, you end up missing. Simple game. You pass it to your teammate.”

Washington, which shot 40.2 percent (35 of 87) from the field against Atlanta, is 6-13 since Feb. 28, a .316 winning percentage. Granted, the team was without John Wall (sitting out the second of back-to-backs) and mostly minus Markieff Morris (ejected after two first-quarter technical) versus Atlanta, but the issues were pre-existing.

“What’s concerning is how we’ve played the last three or games last week and how we’ve changed from the way we played before,” Wizards guard Tomas Satoransky said. “We are supposed to be playing great for the playoffs, improving in all things and now we are just struggling all over the floor. We have to really change it quickly.”

The Wizards are just a game back of the Miami Heat for seventh and a game-and-a-half behind the sixth-seeded Milwaukee Bucks.

Boston, meanwhile, is locked into second place and coach Brad Stevens is working to prepare his team to enter the playoffs without Kyrie Irving, Marcus Smart and Daniel Theis. He used his regulars for most of the first three quarters against the pesky Hawks on Sunday, and Atlanta rallied from a 13-point deficit to beat Boston 112-106.

“Weird. Yeah, I mean it’s strange,” Stevens said told the Boston Globe of the Celtics having their final position determined with several games remaining. “But, you know, to be able to play those guys and to get them reps and to be able to do some of that stuff — you know, I wish Guerschon (Yabusele) would’ve been available because he would’ve been able to take advantage of that as well.

“But obviously when you start looking down our bench with (Marcus) Morris and Guerschon (sore left knee) out, we’re pretty thin and pretty small. So we needed to give those guys a chance to make plays and I thought they did some good things. But, obviously, not enough to win the game.”

According to the Boston Globe, Stevens promised he was going to play his first unit major minutes against Washington given the playoff implications.

“This team, we’re resilient,” Morris told the Globe. “Everybody on this team is ready to compete. We all feel disrespected. Kyrie, Marcus, Theis — all those guys are major for our team. But they’re not here, so we still have to approach the game as if we’re going to win and get as far as we can.”