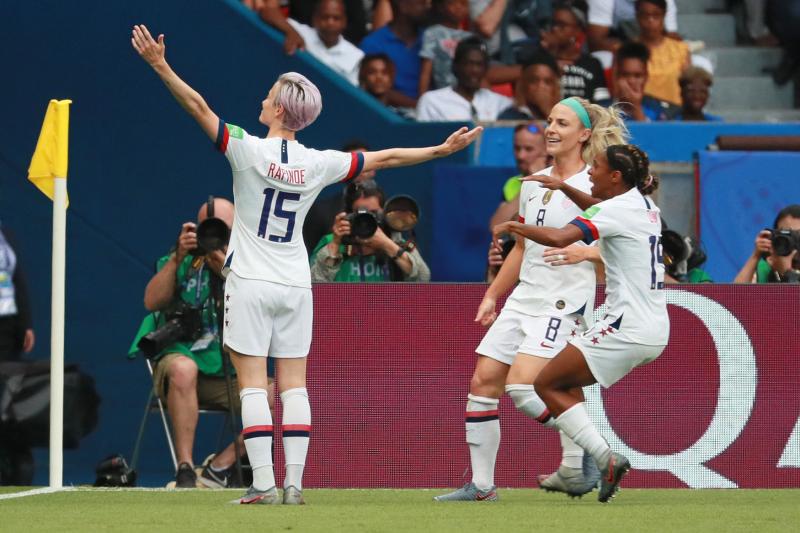 June 28 (UPI) — The United States Women’s National Team escaped with a 2-1 win against France on Friday in the quarterfinals to advance to the semifinals of the Women’s World Cup.

The U.S. jumped out to a 2-0 lead before facing a furious attack from France in the second half. The Americans held off the rally to defeat the host French squad, setting up a semifinal matchup against England on Tuesday.

“You have to give it up to the French team. I think they for sure outplayed us with the ball today,” U.S. star Megan Rapinoe told reporters. “But we were so good defensively and we hit them where it hurt. This team has an unreal amount of heart.”

Rapinoe scored from a free kick to give the U.S. an early 1-0 lead. After Alex Morgan was fouled on the wing, Rapinoe capitalized on a free kick just outside of the 18-yard box. She sent the shot through traffic and hit the back of the net in the fifth minute of the match to give the Americans a quick advantage.

The U.S. maintained the 1-0 lead over France at halftime and pushed the score to 2-0 in the 65th minute after another goal from Rapinoe.

It was Rapinoe’s fourth goal in the last two matches. She also recorded two goals in the Americans’ win over Spain in the round of 16. She became the first player since Marta in 2007 to score two or more goals in back-to-back Women’s World Cup appearances.

France began a comeback attempt with Wendie Renard’s goal in the 81st minute. The French threatened with more quality chances but failed to equalize the score.

The U.S. women’s squad continued its streak of never losing a match after scoring first in a World Cup contest, moving their record to 36-0-4. The Americans have now won 10 straight matches in the Women’s World Cup, tying the all-time record set by Norway (1995-99).

Morgan was forced to exit the game briefly after a fall. The star striker appeared to be in pain, but walked off the field by herself. She eventually returned to the game.

France held the possession advantage at 61 percent in the match. The French squad had 20 shots with five on goal, and the U.S. had 10 shots with eight on goal.