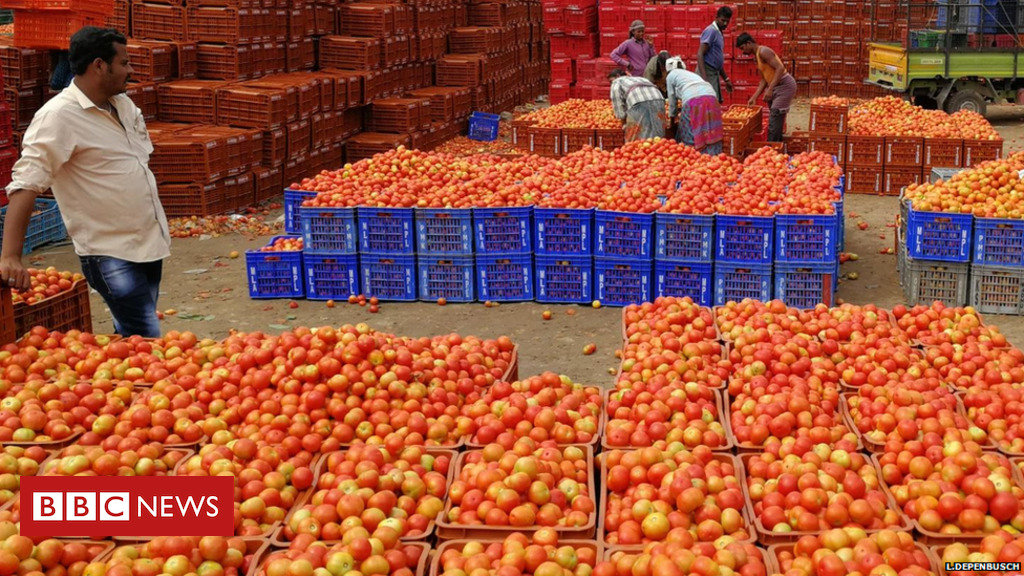 The amount of food needed to feed the world’s population by the end of the century could increase by almost 80%, a study has suggested.

The authors warn that failure to meet the need for more calories could lead to greater global inequality.

The findings have been published in the journal Plos One.

The study, carried out by a team from the University of Gottingen, calculated that 60% of the calorie increase would be a result of the growing number of people in the world.

According to the UN World Population Prospects, the global population was estimated to increase from almost seven billion in 2010 to almost 11 billion in 2100.

Yet, more that 18% of the increase in the calories from 2010 levels would come from a projected increase in height and weight figures in the global population.

Have a banana – or two

“The increase in the average daily required energy rises by 253 kcal per person between 2010 and 2100 in our estimations, assuming a rising BMI and height,” explained co-author Lutz Depenbusch from the World Vegetable Center.

He told BBC News: “On a global scale, we calculate that the effect of the BMI and height increases in our model would lead to additional calorie requirements that match the 2010 requirements of India and Nigeria combined.”

In terms of what food would equate to an increase of 253 calories in someone’s daily diet, Dr Depenbusch said an extra two large bananas or a portion of French fries would be on the menu.

Dr Depenbusch and his colleague, Prof Stephan Klasen from the University of Gottingen, Germany, said their modelling suggested that sub-Saharan nations would be most affected by such an increase in future global calorie requirements.

They explained that the region was already witnessing a sharp increase in the need for calories as it was undergoing a rate of rapid population growth.

The researchers warned that a failure of the global food policy to accommodate this increase in the demand for more energy could exacerbate food and economic inequality.

They warned that a growing demand for food would lead to an increase in food prices. While rich nations would be able to absorb the increases, poorer nations would struggle, leading to more malnutrition.