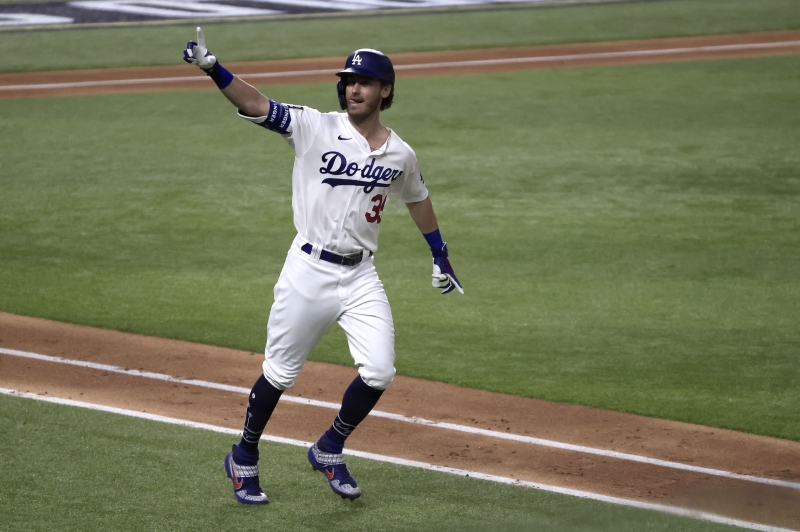 Oct. 20 (UPI) — Cody Bellinger got the offense going and Clayton Kershaw dazzled across six innings as the Los Angeles Dodgers cruised to an 8-3 win over the Tampa Bay Rays in Game 1 of the World Series on Tuesday night at Globe Life Field in Arlington, Texas.

Bellinger blasted a two-run home run in the bottom of the fourth inning to give the Dodgers a 2-0 lead. Rays outfielder Kevin Kiermaier answered with a solo shot to right field in the fifth to make it a one-run game, but that would be the closest the Rays would get the rest of the night.

The Dodgers, playing in the World Series for the third time in four years but seeking their first title since 1988, exploded for four runs in the bottom of the fifth and added two more in the sixth — courtesy of Mookie Betts‘ solo homer and Max Muncy’s RBI double — to extend their lead to 8-1.

In the seventh, Michael Brosseau singled to right to score Manuel Margot. Kiermaier struck again with an RBI single in the very next at-bat to bring the score to 8-3, but the Rays’ bats went cold from then on in their first World Series appearance since 2008.

“I mean if we play at our best, no,” Kershaw said following the game when asked if the Dodgers are beatable at their best. “I think we are the best team, and I think our clubhouse believes that.

Kershaw (1-0), a three-time Cy Young Award winner, allowed only one run on two hits across his six innings of work. He notched eight strikeouts and walked one on 78 pitches.

“Kershaw was dealing,” Rays manager Kevin Cash said. “You see why he’s going to the Hall of Fame one day.”

Rays starter Tyler Glasnow (0-1), who was wild for much of the night, was tagged for six runs on three hits in 4 1/3 innings. He struck out eight but issued six walks.

The coronavirus pandemic limited the attendance at Globe Life Field to 11,388 on Tuesday night. It marked the smallest crowd for baseball’s championship event in 111 years.

Game 2 of the best-of-seven series is set for Wednesday night. The Dodgers are expected to throw relievers against Rays ace Blake Snell.