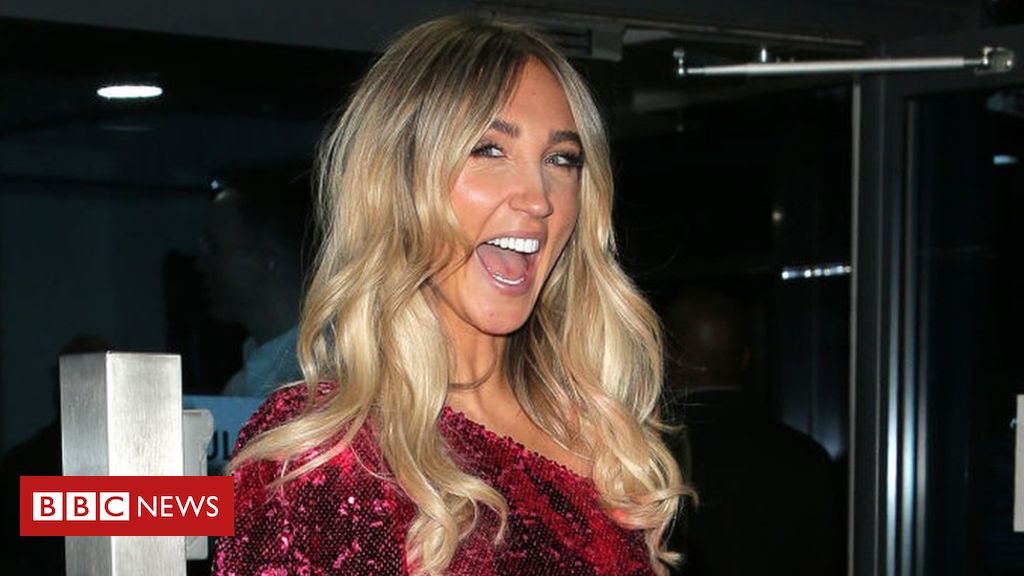 Megan McKenna says she’s “living her dream” after being crowned the winner of the X Factor: Celebrity.

The ex-Towie star was in the final alongside The Chase quizzer Jenny Ryan, girl band V5 and identical twins Max and Harvey.

She told viewers: “Thank you so much for everybody that voted for me, I’m living my dream and I can’t even explain how excited I am.”

The 27-year-old wins a recording contract.

Megan was mentored by Louis Walsh – it’s the judge’s second X Factor win after coaching Shayne Ward to victory in 2015.

Her winning song was a cover version of It Must Have Been Love by the Swedish pop group Roxette.

During the final, Simon Cowell told Megan the show had been “a redemption” for her following her time on The Only Way is Essex.

Speaking about her time on the reality show, she said: “It’s embarrassing. I was growing up. It was all on camera. I made a few mistakes.”

Megan is no stranger to appearing on TV.

She’s been on Ex On The Beach, Celebrity Big Brother, Celebs Go Dating and Celebs on the Farm – but is best known for her time on Towie.

Megan’s appearance on X Factor is not the first time she’s shown off her musical skills.

In 2017, she starred in her own reality series, There’s Something About Megan – which focused on her travelling to Nashville to launch a career in country music.