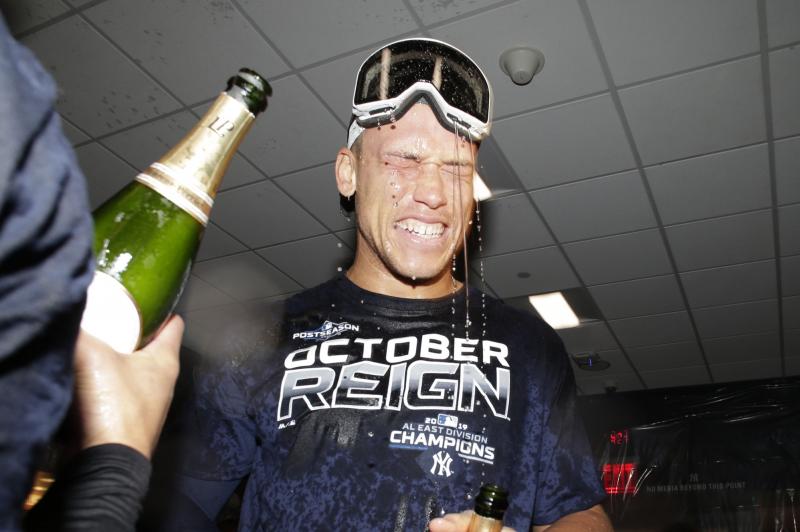 The Yankees star beat out Bryce Harper, Cody Bellinger, Javier Baez and Christian Yelich for the top spot, according to sales numbers released Friday by MLB and the MLB Players Association.

Judge kept his No. 1 spot in jersey sales despite sitting out more than a third of the season due to an oblique injury. The 2017 American League Rookie of the Year entered Friday’s slate of games with a .272 batting average and 26 home runs for the Yankees, who became AL East champions last week.

Harper set a uniform sales record for any athlete in a 24-hour period after initially signing a 13-year, $ 330 million contract with the Philadelphia Phillies in February. Since the Phillies’ opening game, he has ranked second in jersey sales behind Judge.

Manny Machado, who signed a 10-year, $ 300 million deal with the San Diego Padres before the season, didn’t crack the top 20.