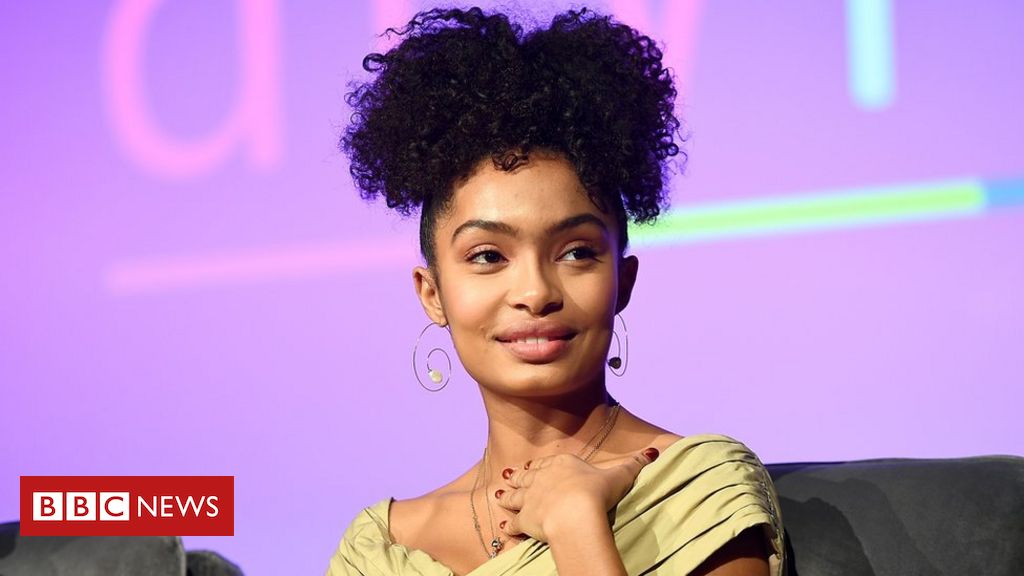 US actress Yara Shahidi has been cast as Tinkerbell in Disney’s new live-action Peter Pan film.

It is the latest in Disney’s live-action remakes of animated classics, following on from Aladdin, The Lion King and Mulan.

Where have we seen Yara Shahidi before?

She may only be 20 years old, but Yara Shahidi has been acting for more than a decade.

The actress had a guest appearance in US TV series Entourage at the age of seven and has since appeared in films alongside Samuel L Jackson, Angelina Jolie and Eddie Murphy.

Her biggest role to date, however, came in 2013, when she was cast in the hugely popular US comedy series Black-ish.

Shahidi played Zoey, the daughter of Andre (Anthony Anderson) and Rainbow (Tracee Ellis Ross), and was one of the main characters for the first three seasons of the show.

Black-ish explored issues of class and race in America, and was a commercial and critical success, with Ross winning the Golden Globe for best comedy actress in 2017.

The series was so popular, it prompted a spin-off named Grown-ish, which centred on Zoey. Shahidi has starred in every series since, while continuing to appear occasionally in Black-ish.

Why does Oprah want her to be president?

Shahidi has become as well known for her political activism as she has for her acting.

She founded the Eighteen x 18 organisation, which encourages young people to become more engaged with politics.

The group is currently campaigning for young people to register to vote ahead of the US Presidential election in November.

Shahidi is a vocal supporter of the Black Lives Matter movement and previously donated to a fund for Colin Kaepernick, the NFL player who sparked a fierce debate across the US by kneeling during the national anthem in protest against social injustice and police brutality.

Oprah Winfrey has previously said she hopes she lives long enough to see Shahidi become president, while Michelle Obama wrote her letter of recommendation for admission to Harvard.

“Even if being vaguely progressive is now the celebrity norm, by Hollywood standards Shahidi is practically a radical,” said Megan Nolan in The Guardian.

Shahidi told the newspaper: “I come from a lineage of entertainers who put their careers on the line to speak about politics. And that’s the only reason I can have this space.

“I wouldn’t be here if it weren’t for the Harry Belafontes and Eartha Kitts, the Sidney Poitiers and many others who jeopardised their careers and combined their art with their activism. I feel an immense privilege to be able to do the same.”

What can we expect from Tinkerbell?

Shahidi will be the first black actress to play Tinkerbell in a major production of Peter Pan, a story which was first written in 1911 by JM Barrie and tells the story of a boy who never grows up.

The role of Tinkerbell has traditionally been played by a white actor – Julia Roberts and Ludivine Sagnier are among the stars who have previously played the fairy.

Shahidi’s casting in Peter Pan and Wendy, which will be directed by David Lowery, is the latest move in Disney’s commitment to diversity in their live-action remakes.

Disney previously announced Halle Bailey is set to play Ariel in the forthcoming live-action remake of The Little Mermaid.

Elsewhere, the role of Hermione Grainger in Harry Potter, played by Emma Watson in the films, was filled by Noma Dumezweni in the stage production, Harry Potter and the Cursed Child.

After her casting was announced, Shahidi wrote on Instagram: “Thank you for all of the love. It, truly, means so much to me. I’m excited for this next adventure!”

The story of Peter Pan, Wendy and Tinkerbell has been brought to the big screen several times before, in films such as 2003’s Peter Pan and Seven Spielberg’s Hook, released in 1991. More recently, an origin story, Pan, was released in 2015, while Wendy, a film told from her point of view, was released this year.