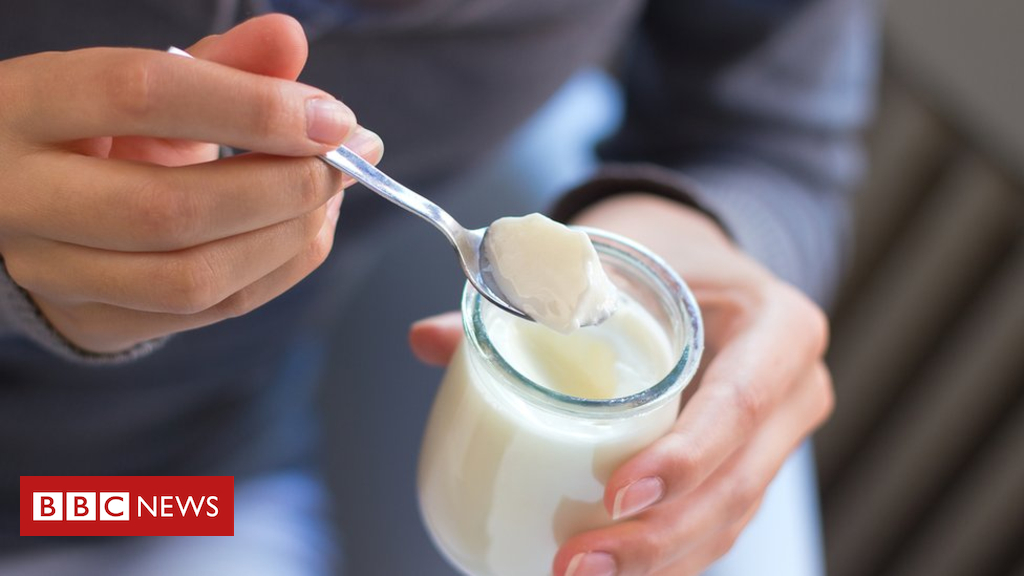 Many yoghurts are full of sugar and the public should not be lulled into thinking they are eating healthy products, researchers say.

The conclusion comes after a study of almost 900 yoghurts on sale in UK supermarkets.

The research found that organic yoghurts were among the most sugary types.

Only natural and Greek-style yoghurts could be classed as low in sugar.

The study comes as government health officials are encouraging manufacturers to reduce the amount of sugar consumed by the public.

Yoghurts have been identified as one of the food types on which Public Health England wants to see progress.

This research was undertaken shortly after the launch of the sugar-reduction programme.

Unsurprisingly, yoghurt desserts contained the most sugar – an average of 16.4g per 100g.

This category also included some products that did not contain yoghurt, such as chocolate mousse and creme caramel.

The second most sugary product was organic yoghurts with a typical 13.1g per 100g.

The NHS recommends that children aged four to six have no more than 19g of sugar, or five sugar cubes a day, and it is advised that those aged seven to 10 consume less than 24g daily.

To be classed as low sugar there needs to be no more than 5g per 100g.

Only 9% of products surveyed were below this threshold.

How much sugar was in the yoghurt?

Since the fieldwork for the study was carried out – at the end of 2016 – progress has been made on reducing sugar consumption from yoghurts.

A report published in May showed sugar content in yoghurts had been reduced by 6% in the first year, making it the only food category to exceed the 5% target. By 2020, it is expected sugar will be reduced by 20%.

But Dr Bernadette Moore, lead researcher of this study, said: “Even if we take the reduction into account, most of these yoghurts will still not be low in sugar.

“I think people, including parents, will be surprised to know just how much sugar there is in yoghurt.

“My advice would be to buy natural yoghurt and mix in your own fruit.”