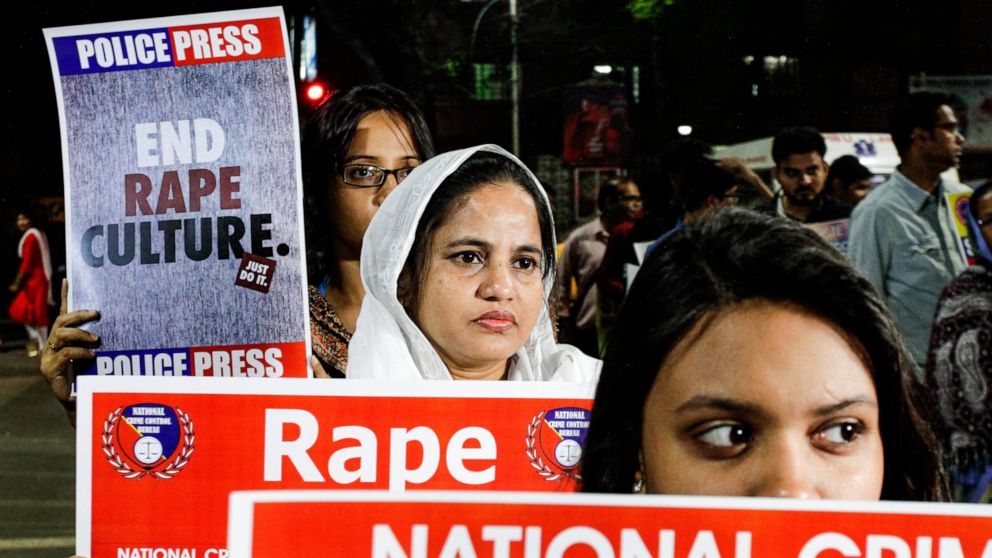 In India, gruesome reports of rape and retaliatory killing are hauntingly familiar, and whether a report of rape rises above the din is largely determined by class and caste dynamics

NEW DELHI — Days after an alleged gang-rape victim was set on fire, a note was left at the family home of an 18-year-old set to testify in her own case against a man she had accused of rape.

“Consequences may be worse than what happened in Unnao,” the note read, alluding to the city in northern India where a woman was allegedly doused with gasoline and set ablaze by five men, including two she had accused of gang rape who were out on bail.

The teen and her family took the note to police. The accused man was arrested in July 2018 on the rape charge and was quickly released on bail. He was taken back into custody on Saturday, according to police constable Sudhir Bhati.

Sexual violence against women and girls is so common in India, the case was given only a few lines in one of the country’s leading dailies.

There have been several high-profile rape cases that have shocked the country in recent weeks, including the woman in Unnao, who was about to board a train for a court hearing in her case when she was allegedly set on fire earlier this month.

The latest incidents come around the seventh anniversary of a gang rape on a moving bus in New Delhi that galvanized massive protests and inspired lawmakers to order the creation of fast-track courts dedicated to rape cases and stiffen penalties for those convicted of the crime.

In India, gruesome reports of rape and retaliatory killing are hauntingly familiar, and whether a report of rape rises above the din is largely determined by class and caste dynamics. But even if a case does become big news, it could have little effect on how the country’s overburdened court system works for most people, experts said.

After she was set on fire, the 23-year-old woman from Unnao was medevaced to a burns unit in New Delhi, where she later died.

Her death came just a day after police fatally shot four men who were being held as suspects in the gang rape and murder of a 27-year-old veterinarian near southern India’s tech hub of Hyderabad. The woman’s burned body was discovered by a passer-by late last month.

Before an investigation into whether the police shootings were justified, many people across India were cheering the result. Others condemned it.

“Nobody wants to invest in changing the system,” said Sunitha Krishnan, an activist and gang-rape survivor in Hyderabad. “You’ve just done some instant justice, closure, everybody’s moved on. And for most people, this is finished. But life doesn’t move on for hundreds of thousands of victims who are languishing for justice. And that’s the pathetic reality of this country.”

Those praising the police shooting contrasted it with the 2012 case in New Delhi — whose victim was dubbed “Nirbhaya,” or “Fearless,” by Indian media because rape victims can’t be identified under Indian law.

The case continued on Monday, the seventh anniversary of the brutal bus attack. The victim, a 23-year-old physiotherapy student, was heading home from a movie with a male friend when six men lured them onto a private bus. They beat the man with a metal bar, raped the woman and used the bar to inflict massive internal injuries to her.

Six people were convicted for the crime, one of whom authorities say hanged himself in New Delhi’s Tihar prison in 2013. Another was a juvenile at the time of the attack and was sentenced to three years in a reform school. Four others were sentenced to death by hanging, including one man whose appeal for mercy — an appeal available only in capital punishment cases — remained pending with the Supreme Court.

Jitendra Kumar Jhat, the lawyer representing the 2012 victim’s parents, said to call it a “fast-track” court was ironic since it had been a year and a half since the Supreme Court had last confirmed the death penalty for the four men convicted in the case.

India’s judicial system’s “systemic flaws are being exploited by criminals, and this sentence is not deterring anyone,” Jhat said.

That seven years later, the sentence of capital punishment has yet to be carried out enrages many in India and has motivated more extreme forms of protest.

Swati Maliwal, head of the Delhi Commission for Women, fell unconscious on the 13th day of a hunger strike undertaken outside Mahatma Gandhi’s mausoleum in New Delhi to demand lawmakers pass a bill that would force courts to carry out the executions of convicted rapists within six months of the crime.

According to the latest Indian government data, police registered 33,658 cases of rape in 2017 — an average of 92 per day and a 35% jump from 2012. About 10,000 of the reported victims were children. The real figure is believed to be far higher because of the stigma of sexual violence in India.

The conviction rate over the same period rose 33%, from less than a quarter to about a third of all cases filed. Only 15 of the more than 200 reported murders with rape or gang rape in 2017 resulted in convictions that year, data showed.

“We are planning to make this a nationwide movement,” Maliwal said when she began her fast, done in response to the gang rape and killing in Hyderabad. “Rapes in this country have to end.”