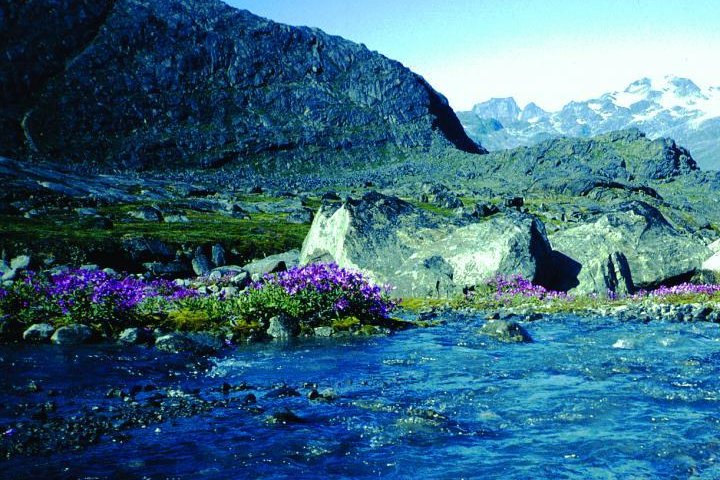 According to a new study published Tuesday in the journal Nature Communications, the process fueled a massive crustal growth three billion years ago.

Scientists were able identify the origins of the ancient growth spurt by analyzing the chemistry of crystals eroded from ancient rocks.

The chemical makeup of the ancient zircon crystals, found among modern stream sediment in Greenland, revealed signatures left their incorporation into younger crustal rocks and sediment during what scientists call lithospheric reworking.

“We found there was a widespread bloom in crust production three billion years ago, during a peak in mantle temperatures,” lead study author Chris Kirkland said in a news release.

“Three-billion-year-old magmas from the mantle had penetrated even more ancient four-billion-year-old crust to create rocks of mixed composition,” said Kirkland, a professor mineralogy at Curtin University in Australia.

“Old crust appeared to be critical in continent production as it acted much like a life raft to preserve crust through later stages of earth history,” Kirkland said. “The spike in the age of crust production in Greenland matches other regions across the globe and points to a significant widespread event that formed crust relatively early in the history of our planet.”

By studying the ways ancient crust was distributed and recycled as Earth’s continents evolved, researcher say they can come to better understand crustal composition and continental structures.

“Understanding that later crust is ‘seeded’ on older pre-existing crust refines our understanding of the generation of where certain metals are hosted and ultimately explains the habitable part of our planet,” Kirkland said.