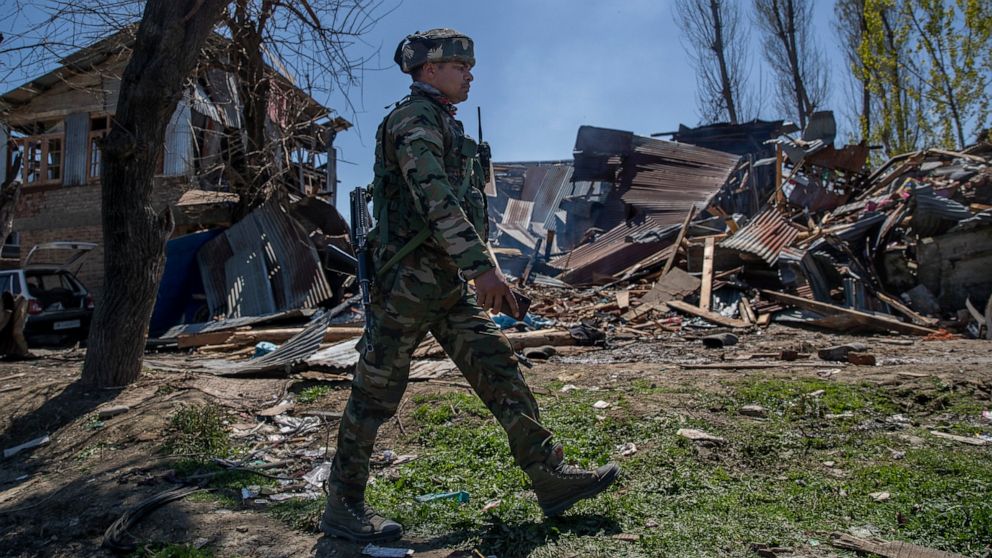 SRINAGAR, India — Anti-India clashes erupted between government forces and residents of a village in disputed Kashmir on Friday following a gunbattle in which troops killed three suspected militants, police and residents said.

The gunfight erupted shortly after scores of counterinsurgency police and soldiers launched an operation based on a tip about the presence of militants in Kakpora village in southern Pulwama district, Inspector General Vijay Kumar said.

Kumar said two of the three slain militants had been involved in fatally shooting a policeman guarding the home of a local politician from India’s ruling party in the region’s main city on Thursday. He said troops recovered two rifles and a pistol from the site of Friday’s clash, and that one of the recovered weapons had been taken by the militants from the slain policeman.

Residents said troops used explosives to blast a civilian house during the fighting, a common anti-militancy tactic employed by Indian troops in Kashmir.

As the fighting raged, hundreds of people marched nearby in solidarity with the rebels while chanting slogans seeking the end of Indian rule over the region. Government forces fired shotgun pellets and tear gas at the stone-throwing protesters.

At least four civilians were injured in the clashes, including a woman with a bullet injury in her leg.

Kumar said the woman was injured in the crossfire between Indian troops and militants.

The Himalayan region of Kashmir is divided between India and Pakistan and is claimed by both in its entirety. Many Muslim Kashmiris support the rebel goal of uniting the territory, either under Pakistani rule or as an independent country.

Indian officials describe the Kashmir militancy as Pakistan-sponsored terrorism. Pakistan denies the charge, and most Kashmiris consider it a legitimate freedom struggle.

Tens of thousands of civilians, rebels and government forces have been killed in the conflict.

In a surprising decision last month, India and Pakistan agreed to reaffirm their 2003 cease-fire accord that has silenced guns along the de facto frontier dividing Kashmir. However, a crackdown by Indian forces and attacks by rebels have continued inside the Indian-held portion of Kashmir.