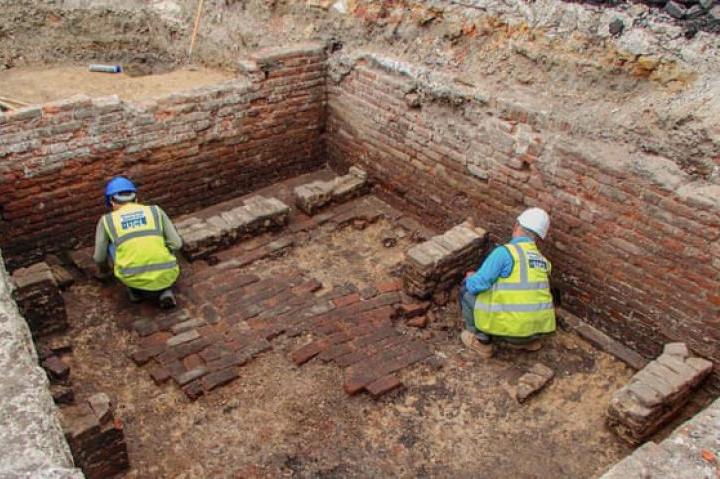 June 10 (UPI) — Archaeologists claim to have unearthed the oldest theater in London.

Discovered by a team of archaeologists with the University College London, the Elizabethan playhouse, called the Red Lion, was originally constructed in 1567.

“This site, with its prototype stage and seating, could represent the dawn of Elizabethan theater!” UCL Archaeology South-East wrote on Twitter.

For the last two years, excavators have been working carefully to unearth the remains of theater, revealing a prototype stage and seating.

“This is one of the most extraordinary sites I’ve worked on,” UCL archaeologist Stephen White, who led the excavation, said in a news release. “After nearly five hundred years, the remains of the Red Lion playhouse, which marked the dawn of Elizabethan theater, may have finally been found.”

“The strength of the combined evidence — archaeological remains of buildings, in the right location, of the right period, seem to match up with characteristics of the playhouse recorded in early documents,” White said. “It is a privilege to be able to add to our understanding of this exciting period of history.”

Historians suggest the Red Lion theater was built by John Brayne prior to his construction of The Theater in 1576. Brayne built The Theater with his brother-in-law James Burbage, a member of acting company The Lord Chamberlain’s Men. It became the earliest permanent home to acting troupes and staged the plays of a young Shakespeare during 1590s.

All that is known about the Red Lion is found in a pair of lawsuits between Brayne and carpenters that worked on the construction project. The lawsuits describe the physical elements of the stage, seating and scaffolding. Historians and archaeologists have long debated the exact location of the outdoor theater.

The excavated remains match the dimensions described in the lawsuits, and nearby structures found by archaeologists look to be the remnants of an inn. Documents suggest that the farmstead and theater were joined by other buildings over the years, forming an expansive complex — a place to drink beer, eat, take in a comedy and spend the night.

Archaeologists also uncovered what look to be a pair of ancient cellars, not far from the stage and seating.

“Tudor period inns needed somewhere cool and secure to store their drink, as beer would have gone off much more rapidly than it does today,” said Michael Shapland, an historic buildings specialist with UCL Archaeology South-East.

Excavations at the site have also turned up drinking glasses, ceramic cups, mugs, bottles and tankards, as well as coins and ceramic money boxes.

In the years that followed the construction of the Red Lion, Brayne suffered a series of financial difficulties, including trouble involving the financing of The Theater. He died penniless in 1586.

The excavations also turned up the remains of several dogs, a few with injuries, suggesting the theater was repurposed as a dog-fighting venue during the 17th century.