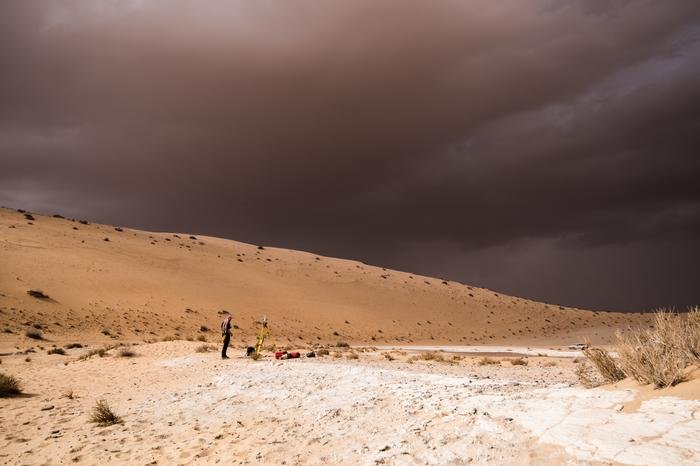 Sept. 1 (UPI) — Until now, relatively little was known about early human history on the Arabian Peninsula’s vast interior. It turns out, the region was quite a dynamic place.

An extensive archaeological survey of the peninsula’s interior has turned up the earliest evidence that human habitation in the region dated to 400,000 years ago.

The collaborative effort between researchers in Germany and Saudi Arabia — detailed Wednesday in the journal Nature — suggests humans moved across the peninsula in waves, each influx bringing a new phase of material culture to the interior.

“Arabia has long been seen as empty place throughout the past,” lead study author Huw Groucutt said in a press release.

“Our work shows that we still know so little about human evolution in vast areas of the world and highlights the fact that many surprises are still out there,” said Groucutt, head of the “Extreme Events” Max Planck Society Research Group.

Though the evidence suggests the Arabian Peninsula’s Nefud Desert was periodically transformed into lush grasslands, these climate shifts were short-lived, pushing human culture out nearly as quickly as they established roots.

Because stone tools preserve much better than human bones, however, the archaeological surveys carried out by scientists with the Max Planck Institute for the Science of Human History and the Heritage Commission of the Saudi Ministry of Culture have offered valuable insights into the region’s human prehistory.

Because of the diversity of material culture found across the Arabian interior, researchers suspect the region was periodically inhabited by a variety of hominin species.

Both the archaeological evidence and animal fossil record suggest the region hosted both north-to-south migrations out of Africa and south-to-north movement patterns out of Asia.

“It’s remarkable; every time it was wet, people were there,” said co-author and project leader Michael Petraglia, archaoelogist with the Max Planck Institute for the Science of Human History. “This work puts Arabia on the global map for human prehistory.”