ORLANDO, Fla., March 15 (UPI) — Two NASA astronauts plan a spacewalk on Tuesday to prepare for the installation of new solar arrays at the International Space Station, amid tension between Russia and the United States over the Ukraine conflict.

Astronauts Kayla Barron, 34, and Raja Chari, 44, plan to exit the station around 8 a.m. EDT for a roughly six-hour spacewalk — their second and first spacewalks, respectively.

They intend to install brackets and struts that will support the future installation of solar arrays. Two of six new solar arrays have been unfurled to power the station’s electronics over the past year.

NASA officials commented on the tensions over Russia’s invasion of Ukraine during a press conference Monday. Joel Montalbano, NASA manager of the ISS program, directly addressed comments on Twitter made by Roscosmos director general Dmitry Rogozin, who said Russia could suddenly pull out of the ISS partnership.

Rogozin even suggested that, without Russian spacecraft, the ISS could fall and crash into the United States.

“We work together,” Montalban said. “It’s not a process where one group can separate from the other; we need everything together in order to be successful in order to work.”

For example, Montalban said the U.S. provides attitude control and temperature control for the entire station and transfers extra power and communications capability to the Russians.

Montalban acknowledged the space station relies on Russian thrusters to raise the station’s orbit. He also said NASA astronaut Mark van de Hei will be traveling with Russian cosmonauts back to Earth soon in a Russian Soyuz capsule.

“I can tell you for sure Mark is coming home on that Soyuz,” Montalban said. “We are in communication with our Russian colleagues. There’s no fuzz on that.” 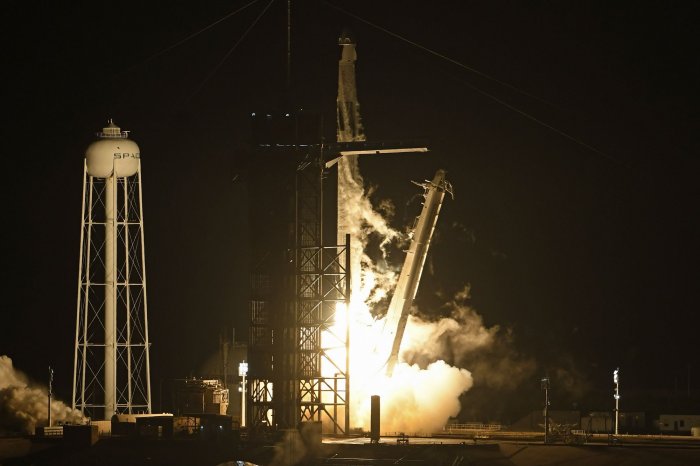