April 7 (UPI) — A global team of astronomers has found the most distant space object ever, according to the Harvard-Smithsonian Center for Astrophysics.

It’s a distant galaxy called HD1, some 13.5 billion light years away from Earth, with researchers offering two ideas of what, exactly, the galaxy is.

The first paper, published this week in the Monthly Notices of the Royal Astronomical Society Letters, is that HD1 could be creating stars at an astounding rate and could even be home to what’s known as Population III stars.

Population III stars are the universe’s very first stars, which researchers say have never been seen until now.

The second idea proposed by the team, in another paper published this week in the Astronomical Journal, is that HD1 could hold a supermassive black hole roughly 100 million times the mass of our Sun.

“Answering questions about the nature of a source so far away can be challenging,” Fabio Pacucci, lead author of the paper published in MNRASL, said in a press release.

“It’s like guessing the nationality of a ship from the flag it flies, while being faraway ashore, with the vessel in the middle of a gale and dense fog.”

Pacucci said hat is is “ultimately a long game of analysis and exclusion of implausible scenarios.” 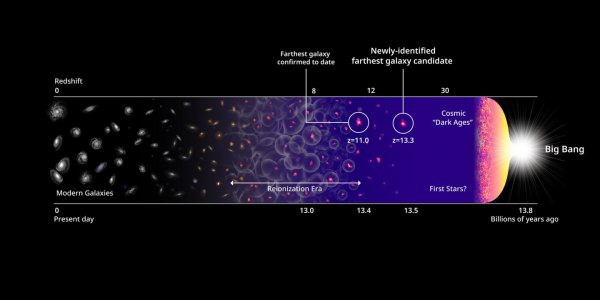 A timeline displays the earliest galaxy candidates, including the newly discovered HD1, and the history of the universe. Photo by Harikane et al., NASA, EST and P. Oesch/Yale/Royal Astronomical Society

The scientists say the quasar or black hole hypothesis is feasible because the UV luminosity they observed could be produced by a black hole.

But the scientists wrote, “More probable than these ‘extreme scenarios’ is a situation in which the UV luminosity … sources is contributed by a combination of star formation and black hole accretion.”

Further data, from the James Webb Space Telescope, Extremely Large Telescope and others will be crucial to answer the questions left open by these studies, the researchers said.

“HD1 would represent a giant baby in the delivery room of the early universe,” MNRAS study co-author Avi Loeb said in a press release. 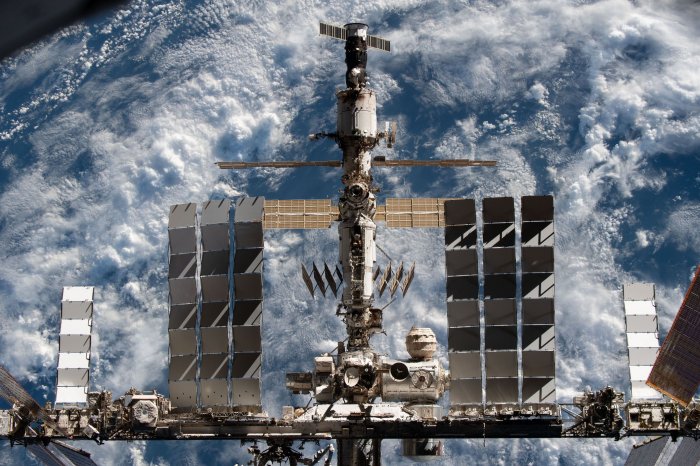