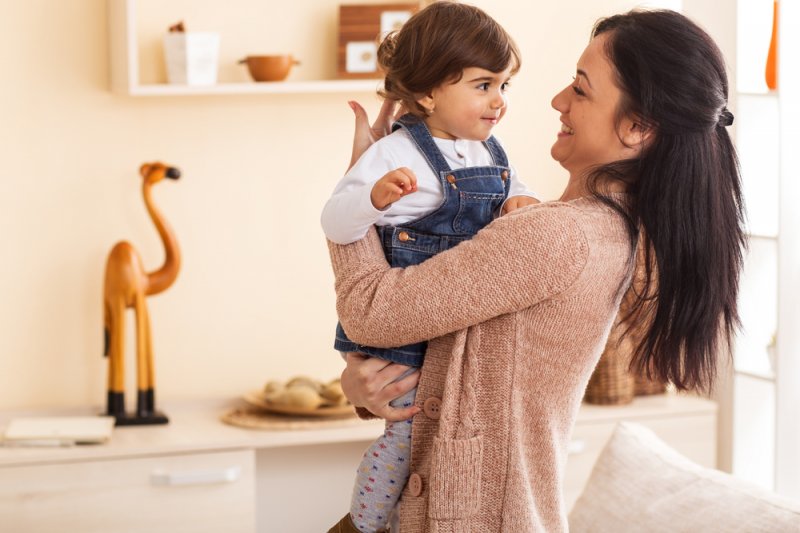 Dec. 10 (UPI) — Speaking “baby talk” to infants not only helps parents and caregivers connect with the young ones in their charge, but it may also help babies learn to make words, a study published Friday by the journal Speech, Language and Hearing found.

Mimicking the sound of a smaller vocal tract clues babies into how words should sound coming out of their own mouths, the researchers said.

“It seems to stimulate motor production of speech, not just the perception of speech,” study co-author Matthew Masapollo said in a press release.

“It’s not just goo-goo ga-ga,” said Masapollo, an assistant professor of speech, language and hearing sciences at the University of Florida in Gainesville.

However, it also likely helps them learn to understand what is being said, according to previous studies.

For this study, Masapollo and his colleagues changed the frequency sounds to mimic either an infant or adult vocal tract, and then tested how infants reacted to them.

Six- to 8-month-old babies “displayed a robust and distinct preference for speech with resonances specifying a vocal tract that is similar in size and length to their own,” they said.

However, 4- to 6-month-old babies did not have this preference, suggesting that older babies’ dawning ability to control their voices and make words out of babble could be what makes the infant-like sounds more appealing, according to the researchers.

Although parents and caregivers are sometimes discouraged from engaging in baby talk, the findings indicate that the patterns associated with that speaking style, which scientists call “infant-directed speech,” could be a key component in helping babies make words, they said.

“We’re trying to engage with the infant to show them something about speech production,” study co-author Linda Polka said in a press release.

“We’re priming them to process their own voice,” said Polka, a professor of communication sciences and disorders at McGill University in Montreal.