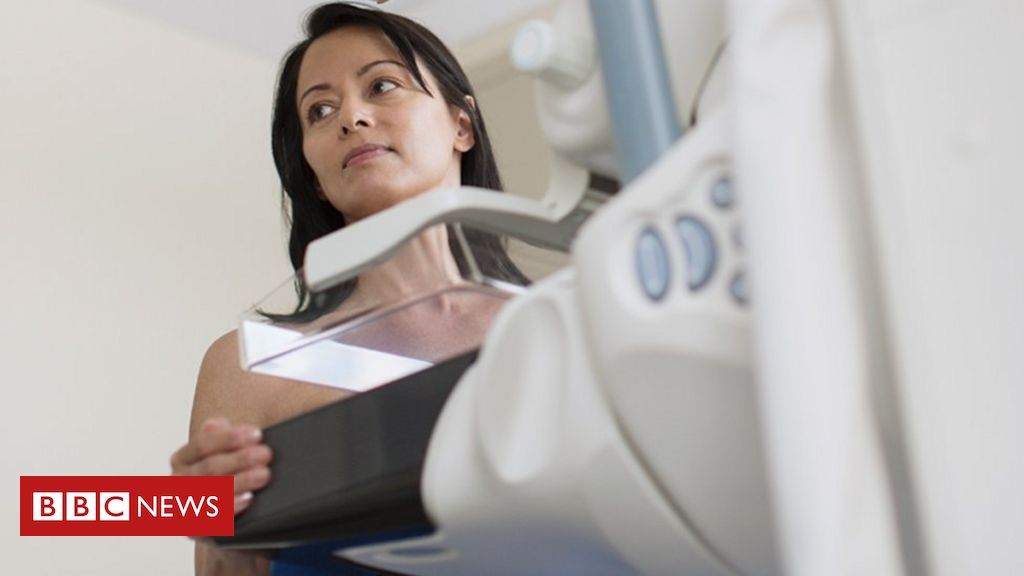 Almost one million women in the UK have missed vital breast screening due to coronavirus, a leading charity has estimated.

Breast screening programmes were paused in March as the NHS focused resources on tackling the pandemic.

Breast Cancer Now calculates that around 8,600 women who have not had a scan have undetected breast cancer.

The scanning programme is running again, but social distancing measures have reduced capacity.

Combined with the significant backlog of women waiting for a scan, and more women starting to come forward with concerns about possible symptoms, the charity warns the service is under intense pressure.

Breast cancer diagnosed at a later stage can be harder to treat.

Breast Cancer Now estimates that a total of 986,000 women across the UK missed their mammograms due to breast screening programmes being paused.

The estimate is based on the average number of women screened per month, and the approximate length of time the screening programme was suspended, in each part of the UK.

‘I hoped the lump would go away’

Susan Daniels, from Glynneath, is relieved that she took action when she found a lump in her breast.

“I missed my screening at the beginning of the year due to a house move. So I phoned the Breast Test Wales organisation in March to rebook the screening, but unfortunately the screening services were postponed because of the pandemic,” she says.

Susan then checked and found a small lump in her left breast.

“When I first discovered it, I hoped it would just go away after a couple weeks. I was worried about leaving the house because we were just at the beginning of lockdown.

“But when the lump didn’t go away I knew I had to contact my GP, who immediately referred me to the rapid diagnosis, whereupon it was discovered I actually had breast cancer in both breasts.

“From there on in everything was brilliant. It was dealt with speedily. I have been through surgery, and now I am waiting for my course of radiotherapy.

“I urge anyone that has any concerns to contact their GP immediately. If I had left it, who knows where I would be now?”

The charity is calling for an action plan and new resources to tackle the problem.

Baroness Delyth Morgan, Breast Cancer Now chief executive, said: “That nearly one million women across the UK were caught up in the backlog waiting for breast screening is cause for grave concern.

“Mammograms are a key tool in the early detection of breast cancer, which is critical to stopping women dying from the disease.

“We understand that the breast screening programme was paused out of necessity due to the global Covid-19 pandemic, but we must now press play to ensure that all women can access breast screening, and we cannot afford for the programme to be paused again.”

Screening typically diagnoses around 19,000 breast cancers a year in England.

A spokesperson for the NHS in England said: “The vast majority of cancers detected through screening programmes are at a very early stage and so any impact on patients who were due to be screened is extremely low.

“More than 200,000 people were treated for cancer during the peak of the pandemic, breast screening services are now fully up and running with over 400,000 women invited between June and August and thousands more invites are now being sent every month – we would encourage anyone who is invited to book an appointment.”