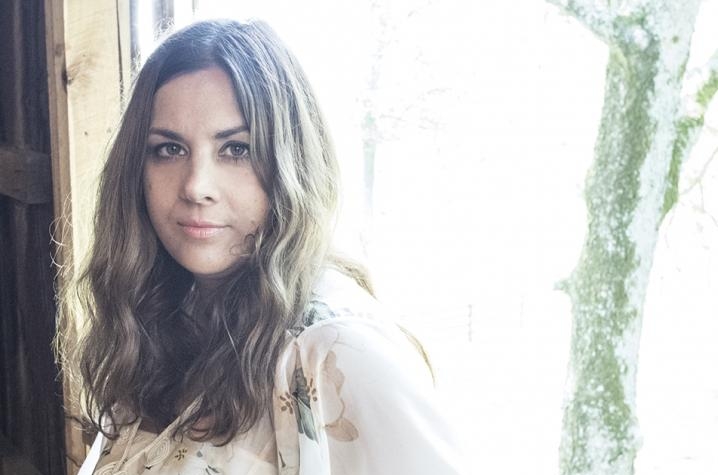 Aug. 14 (UPI) — British singer Rumer said Nashville Tears (The Songs of Hugh Prestwood) represents the “culmination” and “encapsulation” of the seven years she spent living in the southern United States.

Rumer, whose real name is Sarah Joyce, said the story of Nashville Tears (The Songs of Hugh Prestwood), which is out Friday from label Cooking Vinyl, began when she left London to move to the United States — first to Los Angeles and then to Arkansas and finally to Macon, Georgia.

“I had a baby, I worked a little job, and I was just living as an ordinary mom in Georgia,” Rumer, 41, told UPI in a recent interview. “I had kind of run away from the music business.”

The singer of pop hits “Slow” and “Aretha” said life in the South sparked an appreciation for the music of country artists such as Miranda Lambert, Blake Shelton, Pistol Annies and Lori McKenna.

Rumer’s budding interest in country music coincided with her hitting a stumbling block with her songwriting.

“My process for writing songs has always been mysterious,” she said. ” It’s like I’ve got to pull a rabbit out of a hat, and you don’t really know how you’re going to do it, but I wasn’t able to do that at the time because I had just had a child and I was just not able to access that part of my creativity at that point.”

So she decided instead to put her musical energies toward shining a spotlight on undiscovered country songs.

Rumer said Nashville Tears originally was going to have a collection of songs from various songwriters.

“The idea was we were going to comb through the vaults of Nashville to find songs that were not cut, or were cut and didn’t get the attention they deserved — the lost songs of Nashville,” she recalled.

She was left feeling “despondent,” however, as she searched through catalogs without finding what she was looking for. She said the breakthrough came after producer Fred Mollin sent her a demo of “Oklahoma Stray” by Hugh Prestwood, a songwriter who previously worked with Judy Collins, Trisha Yearwood and Alison Krauss.

Rumer described Prestwood’s songwriting as “sophisticated and deep and ethereal.”

The songs “have an extra dimension to them, which to a singer is really exciting, because then you get to open up extra dimensions of yourself to sing them.”

The singer said she also connected with the “universal themes” of the songs, which she said are endemic of “good country music.”

“Universal themes, ordinary moments that are made extraordinary,” she said.

Rumer said she wanted Nashville Tears to be “a piece of work that does a lot of things,” starting with exposing the world at large to Prestwood’s writings.

“It’s going to form an introduction to people like me who haven’t heard of Hugh Prestwood — in Nashville everyone knows who he is, but in England not many people do, or in Germany or Tokyo or other places I could share his music,” she said.

She said recording the album posed a set of “musical challenges.”

“To get the music right, that’s something that comes with enormous amounts of experience,” she said. “A lot of the original songs that we did had not been cut, so we’ve got a blueprint, which is just Hugh Prestwood and his guitar, so we’re trying to find the expression for each song.

“So it’s a whole different set of musical skills — it’s a complex set of skills,” she said.

Rumer said putting together an album of someone else’s songs is “like doing a puzzle, trying to piece together all this music and create this tapestry that’s going to fulfill all these criteria that you want it to fulfill.”

She said the criteria includes “to be beautiful musically, to be emotional, for it to connect, for it to create a portrait when you listen to it from start to finish, for it to make you feel something.”

Rumer said her ultimate goal for the record is to bring people together.

“In America, you’ve got people either on one side or the other. They’re conservative or they’re liberal, this side or that side,” she said.

“I wanted to pull that piece of every American who loves America, beyond politics, beyond all these arguments and discussions — the part of every single American, regardless of politics, what they love about their country, and who they are as Americans. I wanted to try and connect with that.”

Rumer said political divisions have touched her life, but the story of Nashville Tears was one of bridging divides.

“Me and Hugh Prestwood, we’re so different. He’s a conservative and I’m a European visitor, and we’ve come together and collaborated on this project, and I just think that’s really interesting — to come together and make art rather than politics,” she said.

Rumer returned to London in June with her husband, Rob Shirakbari, and their son. She said she decided to “hit the ground running” after completing work on Nashville Tears, and she is writing songs for her next record.

“Things are a little bit easier now my son is nearly 3 1/2, so I’m getting to the point where I can get a little more time to work on songwriting,” she said.

“It’s definitely time for me to work on a new project and to start synthesizing all my thoughts and feelings and come up with something new and find out where this next creative breeze is taking me.”

Nashville Tears (The Songs of Hugh Prestwood) is out Friday from Cooking Vinyl.