Dec. 9 (UPI) — Carolina Panthers star running back Christian McCaffrey was limited in practice Wednesday because of a new quad injury.

Panthers head coach Matt Rhule told the team’s official website that McCaffrey injured the quad last week while working out on his own during the team’s bye. The coach said it “tightened up” in Wednesday’s practice.

Rhule’s update comes two days after he said McCaffrey was on target to return this weekend from a shoulder ailment that forced the tailback to miss the last three games.

Rhule said the Panthers’ medical staff will monitor McCaffrey’s newer injury over the next few days to “see if he’s available to play versus the Broncos.”

The 24-year-old McCaffrey, who was a Pro Bowl selection in 2019, has played only three games this season due to injuries. He sat out six games with a high ankle sprain that he suffered in Week 2 against the Tampa Bay Buccaneers and missed three more because of his shoulder issue.

Carolina (4-8) sits at the bottom of the NFC South this season. The Panthers are scheduled to play the Denver Broncos at 1 p.m. EST Sunday at Bank of America Stadium in North Carolina. 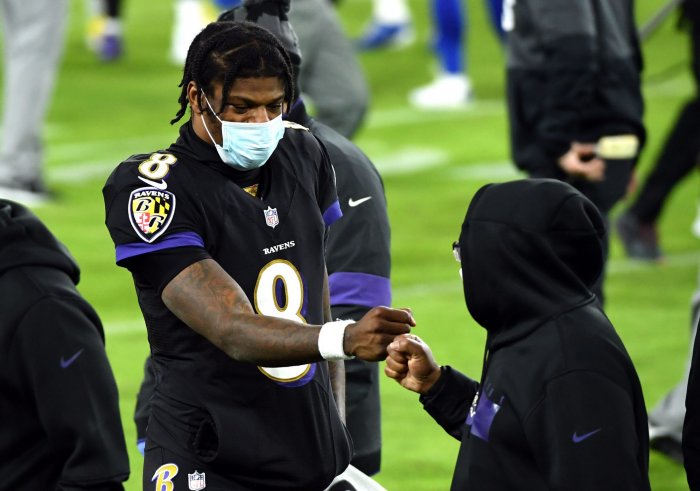 Baltimore Ravens’ Lamar Jackson fist bumps as he walks off the field after the Ravens defeated the Dallas Cowboys 34-17 in Baltimore on Tuesday. Photo by Kevin Dietsch/UPI | License Photo