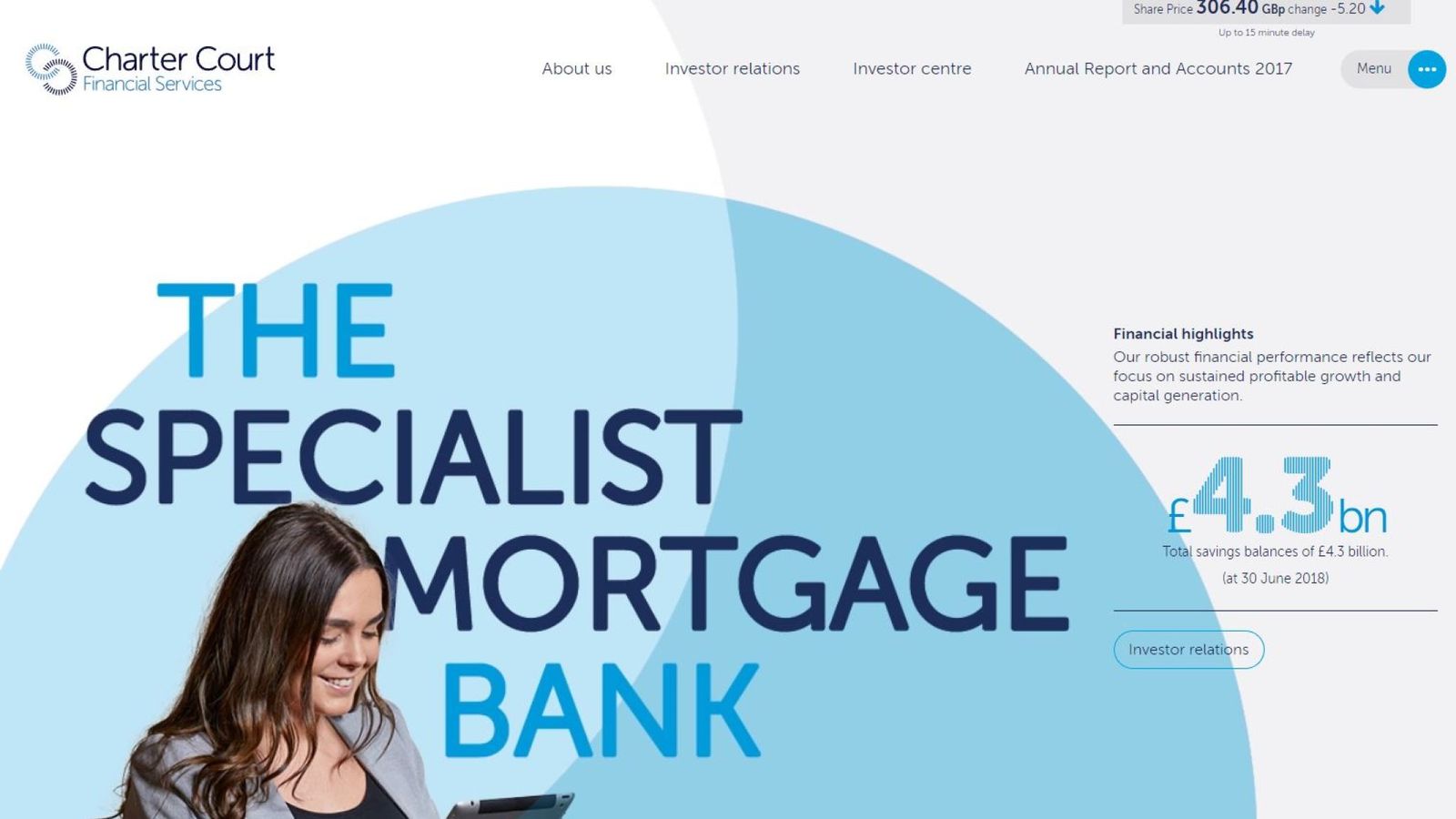 Two of Britain’s biggest challenger banks are in advanced talks about an all-share merger that would create a lender worth ‎more than £1.6bn.

Sky News has learnt that OneSavings Bank and Charter Court Financial Services Group have been holding on-off discussions about a deal ‎for months.

The talks are now said to be at an advanced stage, with an announcement confirming the merger possible within the next fortnight.

However, one source close to the deal said it could still fall apart.

Under the proposed terms of the agreement, OneSavings, which has a market value of just over £900m, would use its paper to make an offer for Charter Court, which is valued at about £730m.

A source said the deal would be priced based on the prevailing share prices of the two companies during the period leading up to it.

If successfully completed, a deal would create a larger player among Britain’s cluster of so-called challenger banks, many of which were created from the ashes of the financial crisis.

OneSavings, which has its origins in the Kent Reliance Building Society and has been backed by the private equity group JC Flowers, has grown successfully in recent years‎ despite rising pressures on the buy-to-let mortgage market.

Run by Andy Golding, its chief executive, the company has long been tipped to lead an anticipated wave of consolidation in the challenger bank sector.

Mr Golding is expected to become chief executive of the combined group if its merger with Charter Court goes through.

Charter Court, which owns the Exact and Precise mortgage brands, listed on the London Stock Exchange in ‎2017.

Elliott Advisors, the activist investor, remains its largest shareholder and its view of the Charter Court deal is likely to be significant.

The new wave of challenger banks have built their loan-books and customer bases steadily, if not spectacularly, since many of them were set up after the 2008 crisis.

However, they have persistently complained that the regulatory playing field remains stacked against them and in favour of the largest high street banks.

A number of deals have taken place as part of efforts to consolidate the market.

Aldermore, the business lender, was bought by South Africa’s FirstRand at the end of 2017, while Shawbrook was taken over by a consortium led by BC Partners, the buyout firm.

A spokesman for OneSavings‎ declined to comment this weekend, while Charter Court could not be reached for comment.