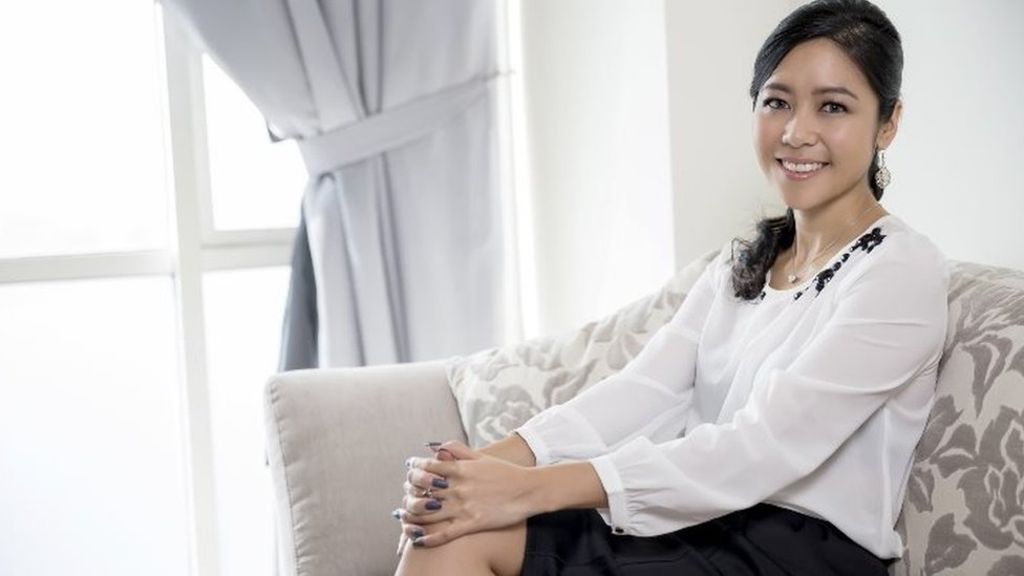 Dave McClure resigned from 500 Startups, the firm he co-founded, following claims made by another woman – which encouraged Ms Yeoh to publish her own story online.

In her first interview, Cheryl Yeoh explains why she decided to talk publicly about the incident, which took place in 2014, and what she thinks needs to change.

It has been edited for length.

How do you feel about what happened now?

“I was obviously angry and hurt but also surprised that I felt like it wasn’t a rare thing, it was considered normal in the start-up world, the tech world.

You thought that it was “normal” for someone in your flat to brainstorm ideas to try to sleep with you?

“My issue is, it wasn’t even me inviting him. It was him and a few other business partners who wanted to come over to brainstorm, and in the start-up world it’s not uncommon to have after business hours brainstorm sessions.

“A lot deals are made after office hours, it’s definitely not uncommon at all.

“What I was shocked about was how bold he was to message me after that and, prior to that, he had asked me to come to his hotel room through text. It’s shocking how bold they are that they wouldn’t be afraid of consequences.”

Would you say that’s still the case today, or are things any better in the start-up world?

“Oh yeah… it takes one person coming out about sexual harassment or discrimination.

“That was a few years ago with Ellen Pao’s case, and with the recent Susan Fowler story about sexual discrimination at Uber, and then a few other stories around Binary Capital, more and more women have the courage to speak up about it, because it was for the longest time a very controversial topic.

“So more people are aware of it and because of it more transparent policies are being created to address it so offenders are hopefully going to think twice before they do it again.”

Can you tell me, if it’s not too difficult, what happened that night?

“I had just moved to Malaysia from San Francisco to take on this very public position as CEO of a government agency that was given $ 30m [£23m] to start accelerators and programmes to encourage entrepreneurs in South East Asia.

“So Dave McClure had visited Malaysia to work with me to start an accelerator in Malaysia for South East Asia.

“After our board meeting he and some business partners came to my apartment to brainstorm ideas for the programme.

“They bought alcohol over, they brought whiskey, and he kept pouring whiskey into my glass before it was empty, and that felt a little weird.

“And then hours later, everyone decided to leave and order their cabs but he didn’t seem to want to. When I asked him, like ‘Dave are you leaving?’ he said ‘no’.

“I walked him to the guest room and then I walked to my room thinking: ‘I guess he’s just too intoxicated’.

“And then he came into my room and wanted to sleep with me, and I told him: ‘No, I have a boyfriend what are you doing, do you want to leave?’

“I showed him the way out and on the way out, he backed me up against the wall and moved forward to kiss me… that was when it was overboard. Thank goodness I didn’t drink that much and I pushed him away and I opened the door and made sure he was out.

“I couldn’t help but think: what if I was helpless, or I was weaker, or he used more force, what could have happened?

“And that’s just terrible, no one should ever go through that ordeal, so I think that itself is sexual harassment at the highest level.

“And the second thing that was going on there was the power dynamic.

“He had a deal looming over us and if I were to speak up about him then it might compromise the accelerator and that wasn’t even for me, it was for the region, and I felt like I couldn’t report him because the whole region would not get the benefits of the accelerator just because of that night.”

Did you confront him immediately after that, did you speak to him about it again?

“I tried not to speak to him after that, I didn’t know what to say.

“If I had told him how angry I was at the time he might have pulled the deal off… you know now looking back, I’m angry that even though I was mad at him I couldn’t tell him that and that’s just not a good memory.

“I think that helps with getting closure and it also makes them realise that you’re not OK with it.”

Did you send your post to Dave McClure before you published it?

“I didn’t send him my entire post, I sent him a summary of what happened that night, that he pushed me, I said no multiple times, I told him I was hurt and his [previous] apology was not sufficient.

“And he wrote back and told me that he acknowledged it and he’s ashamed of it and he’s sorry and that he can’t deny any of it.”

[The BBC has seen this message]

And you also heard a claim that he had harassed somebody after leaving your apartment that night?

“As he was leaving my apartment he messaged me around 04:00, and then half an hour after he left he messaged another female entrepreneur in tech and propositioned her.

“She sent me proof of that and I saw it and I was shocked.

[The BBC has also seen screenshots].

“This is not the behaviour of someone who was intoxicated that night and maybe made a mistake.

“It was premeditated and a failed attempt and then another attempt immediately at 05:00.”

Did you ever think about pressing charges or were you just too worried about the impact on the work you were trying to do?

“At that time, I was in Malaysia, I wasn’t familiar with the law in Malaysia for sexual harassment, I frankly didn’t have time to look it up, I couldn’t go through all that – I was CEO of a $ 30m company, I just couldn’t at the time.

“I’m back here in San Francisco now and because the incident didn’t happen in the US I can’t really press charges here but I am looking into what I can do in Malaysia.

Hardly any people who actually come forward want to talk on the record, do you think that is going to change?

“I really hope so, it is something very personal and emotional and it’s also very controversial – it shouldn’t be but it is. There are grey areas.

“It’s very easy to victim blame – why did you even let him into your house, why were you even drinking, a tonne of things?

“People don’t want to be judged and if their names that are going to be linked to a sexual harassment case online, very few people are willing to let that tarnish their name.

“I’m in a different position, I’ve done previous work before, I’ve had publicity online for other good things I’ve done, so I know my record goes far beyond this and I certainly don’t need the publicity for this for myself.

“In my post I offer a way to categorise the level of harassment or assault. So an inappropriate comment should have a very different consequence to an unwanted physical sexual advance, and I think if there are different categories it will make feel people more comfortable reporting them.”

Dave McClure’s called his resignation post “I’m a creep, I’m sorry”. He has admitted inexcusable behaviour, is having counselling and has made a very frank admission about his past. Do you think that’s enough?

“No, because the accusation at the time was that he had texted an entrepreneur who was seeking a job from him and the text goes ‘I’m not sure whether to hire you or hit on you’… that’s not right, but it’s a more minor offence.

“When he stepped down from being CEO and apologised for his inappropriateness, everyone thought it was because of that comment, it was too minor a misdeed for him to step down.

“He had a tonne of supporters coming out to say: ‘Oh my gosh, you don’t deserve this, you were just being a man, what’s wrong with this’.

“And that was the problem because the public didn’t know the extent of the harassment he had done to other people.”

Do you think part of the problem is the culture in Silicon Valley?

“It is the nature of tech start-ups, it’s definitely male dominated but you can say the same for finance, and this doesn’t just happen in tech or finance, it happens in the media, in fashion, so many industries. I’ve heard about it from my friends.

“But why it seems like it’s only in the tech world is that we are more vocal as entrepreneurs and we’re more social and we have a more transparent company culture – people are more willing to speak up and there are more platforms and support groups for us to do such a thing.

“So, I think awareness is just more heightened in the tech world, but it happens everywhere.”

Dave McClure has been contacted by the BBC for comment.