March 20 (UPI) — Assuming people comply with public health guidance on the new coronavirus, such as social distancing and hand hygiene, researchers say the trajectory of the disease in the United States could mimic what has happened in China and South Korea.

According to an analysis by Our World in Data, China — where the COVID-19 outbreak began — saw a rapid rise in new cases after the 100th person was diagnosed with the disease in mid-January. That spike lasted until roughly 30 days later, when new case numbers were still high, but stable.

Now, some 60 days later, officials in China have reported no new “localized” cases for two consecutive days. South Korea, due in large part to an aggressive testing campaign, saw numbers of new cases stabilize, albeit at elevated levels, roughly 30 days after the 100th person in the country was diagnosed with the virus.

The United States has seen a rapid growth in coronavirus cases over the past week, forcing some states, including New York, California and Florida, to order closure of “non-essential” businesses and request that residents “shelter in place” — but there is no indication for how long the measures will be needed.

Similar steps have been undertaken in other countries, and are thought to have slowed or stopped spread of COVID-19.

“China has been the laboratory for understanding this disease,” Barry Bloom, a research professor at Harvard T.H. Chan School of Public Health, said in a conference call with reporters Thursday.

“We’ll have to see what happens with people there starting to go back to work, move around the cities and travel to other parts of the country,” he added.

China has started to relax restrictions on movement in Wuhan, the epicenter of the new coronavirus outbreak, and elsewhere in the country as the rate of new localized continued to decline. On Friday, just 39 people were diagnosed with the disease, public health officials there told the media.

If health officials there were aware of the virus in late November or early December — but only reported it to the global community in late December — that suggests a four- to five-month time frame from the beginning stages of the outbreak through containment.

According to Johns Hopkins University, China began to experience rapid rises in new cases of COVID-19 in late January, when an accurate diagnostic test became available — just as the U.S. has in recent weeks. Those increases continued through much of February before slowing in early March as containment measures began to have an impact.

The United States might be able to achieve similar slowdowns, Bloom said, but “we don’t really know” how long it will take. The lockdown approach in Wuhan “worked and the numbers came down,” Bloom said. “People were enormously inconvenienced and a lot of people died, but it worked.”

The United States has seen a spike in new cases in recent days as testing becomes more widely available. The key to “flattening the curve,” as public health officials have described it, is ensuring that enough testing capacity exists to identify COVID-19 cases and isolate those who are infected, which is what South Korea was able to do.

“Like the United States, South Korea wasn’t able to implement measures as draconian as what we saw in China, but they were able to contain the outbreak by testing, finding out who’s positive and isolating them,” Bloom said. “China is starting to lift its restrictions now, and officials expect there to be small outbreaks, but they believe they can be controlled. The question for us is: How long can we sustain being tightly restrained?” 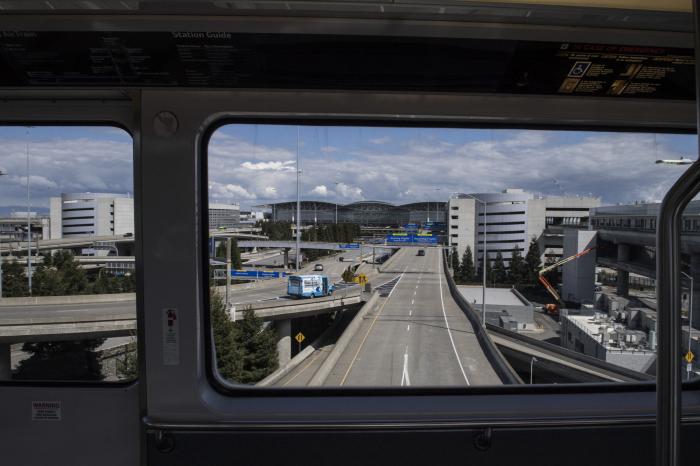