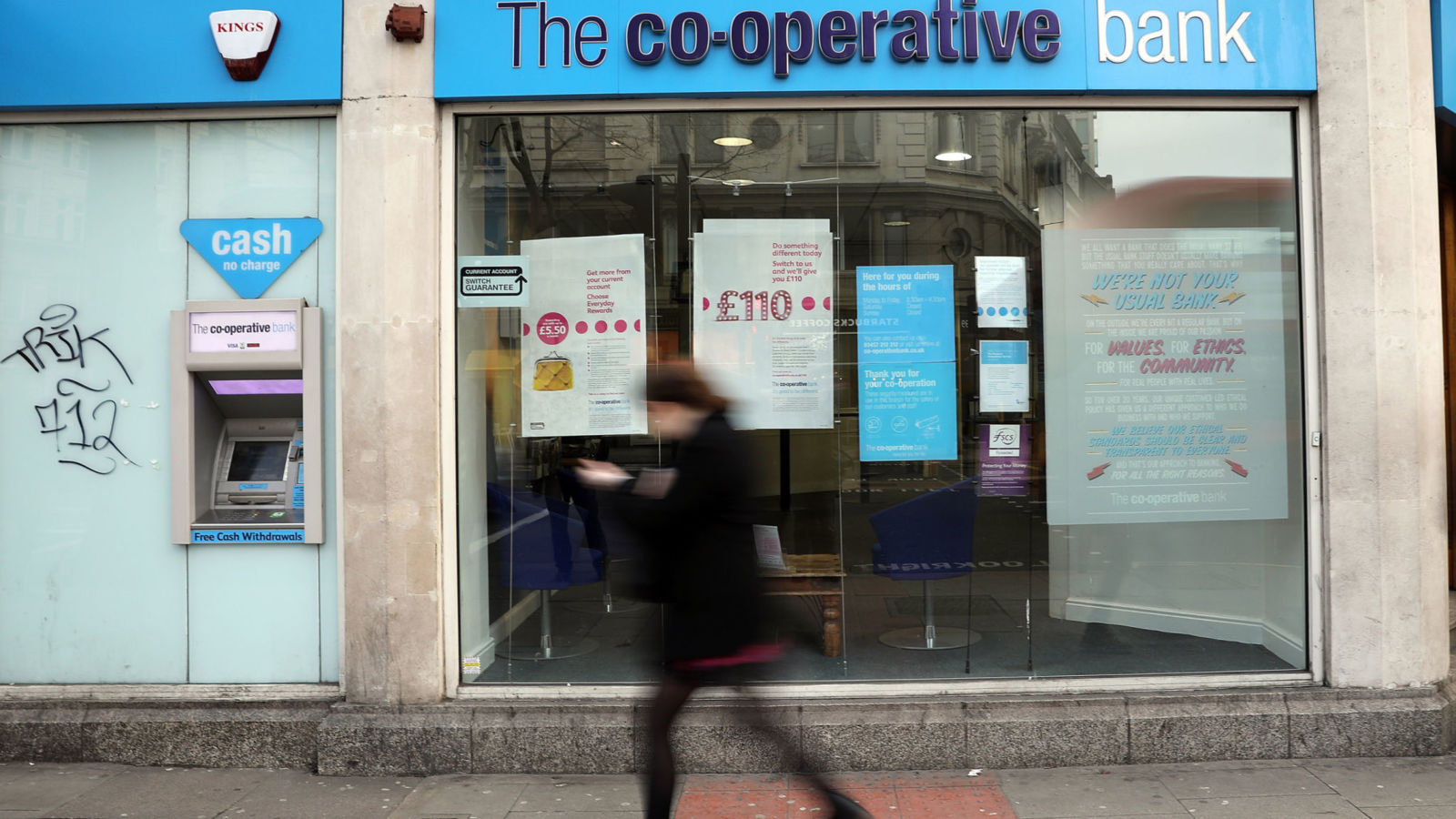 The beleaguered Co-operative Bank is closing in on a £700m rescue deal with US hedge funds amid ongoing talks about the separation of the vast pension scheme it shares with the Co-op Group.

Confirming a report by Sky News, the Co-op Bank said on Monday morning that it was on the verge of finalising an agreement that would end months of uncertainty about its future.

The Bank also confirmed that it had terminated talks with a Qatari-Swiss consortium to focus on a rescue package provided by its existing bondholders, who also own most of its shares.

“The Proposal, if implemented, would enable the Bank to meet the longer-term‎ capital requirements applicable to all UK banks and to continue as a standalone entity,” it said in a statement to the stock exchange.

“The proposal would also safeguard the Bank’s values and ethics.”

The latest development follows a weekend of talks between the hedge funds and trustees of the £10bn Pace retirement plan, which manages the retirement savings of nearly 90,000 Co-op Group and Bank workers.

The trustees have been insisting that Co-op Bank bondholders commit to funding a newly sectionalised Bank pension scheme over a multi-year period.

It is understood that the Co-op Group – the Bank’s former sole shareholder – has ruled out providing new funds to the joint pension scheme to help terminate the long-standing reciprocal guarantee deal between them.

However, the Bank said it was also at an “advanced” stage of talks about the Pace separation.

Significantly, the Co-op Bank also said it had been informed by banking regulators at the weekend that its long-term capital requirements would be lower than previously expected.

It added that it saw the potential to pay a dividend to shareholders in 2021 if its business plan was delivered over the coming years.

Monday’s statement will raise hopes that a deal to save the Co-op Bank – and avoid it becoming a test-case for the Bank of England’s powers to wind down failing lenders – can be struck well before a September deadline for repayment of a £400m bond.

The trustees have been seeking a deal under which the Co-op Bank bondholders commit to funding its pension scheme on a low-risk basis over an unspecified period.

The bondholders have offered to inject £62.5m in cash over five years to eliminate an actuarial deficit, with the scheme gaining rights to Co-op Bank assets in the event of a future crisis.

The Co-op Group has expressed unhappiness with this plan, and has been resisting efforts from the hedge funds that it should make a financial contribution to end the “last man standing” arrangement between it and the Co-op Bank.

That deal means that each side commits to standing behind the other’s pension liabilities if it fails.

The Co-op Group, which is one of the UK’s biggest food retailers and funeral care providers, would see its stake in the Bank slashed to less than 5% under the bondholders’ plan.

Under the current Pace agreement, the Group pays £20m into the scheme each year, with the Bank contributing £5m, reflecting their respective assets and liabilities.

A new triennial valuation of the scheme deficit is due to take place this year.

The scramble to rescue the Co-op Bank has been triggered by its need to find more than £700m of new capital.

The US hedge funds – Blue Mountain Capital Management, Cyrus Capital Partners, GoldenTree Asset Management and Silver Point – are said to be willing to inject more than £240m of new equity into the lender.

In March, the Co-op Bank said it would require between £700m and £750m of new top quality capital, the majority of which would be generated by exchanging some of its debt for equity – a process known as a liability management exercise.

The remainder would come from issuing new shares.

The Co-op Bank has been hit by a string of legacy issues, as well as the challenge posed by ultra-low interest rates, since its £1.5bn bailout in 2013.

The lender announced an annual loss this year of £477m, taking its total losses since its rescue in 2013 to well over £2.5bn.

The Co-op Bank’s balance sheet ballooned following a disastrous merger with the Britannia Building Society, and then ran into trouble when it tried to buy more than 600 branches from Lloyds Banking Group.

Its former chairman, Paul Flowers, brought it into disrepute when his drug-taking and sexual proclivities were exposed by a tabloid newspaper, while his financial competence was questioned by MPs.