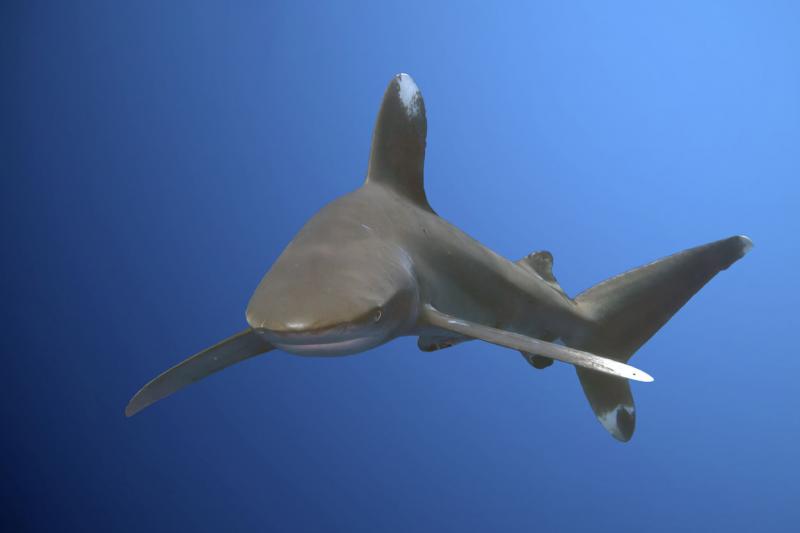 Aug. 6 (UPI) — Shark populations are shrinking across the globe and new research suggests commercial fishing is to blame.

Scientists with the Zoological Society of London analyzed shark population dynamics in ecosystems throughout the world’s oceans. The data suggests shark numbers are lowest in areas closest to population centers and large fish markets.

The data showed marine predators are smaller and less abundant within 750 miles of populations with more than 10,000 people. The new analysis — detailed this week in the journal PLOS One Biology — showed sharks are also smaller in warmer waters.

“Human activity is now the biggest influence on sharks’ distribution, overtaking every other ecological factor,” Tom Letessier, researcher with the ZSL’s Institute of Zoology, said in a news release. “Just 13 percent of the world’s oceans can be considered ‘wilderness’ but sharks and other predators are much more common and significantly larger at distances greater than 1,250 kilometers from people.”

“Our study also found that shallower water habitats, of depths less than 500 meters, were vital for marine predator diversity,” Letessier said. “We therefore need to identify sites that are both shallow and remote and prioritize them for conservation. However, there are still numerous shallow hot spots in the vicinity of human markets that are not appropriately protected, and this must change. Existing large, no-take MPAs [marine protected areas] need to be better enforced and extended to focus on the last refuges where these extraordinary animals remain abundant.

“Large marine predators — and sharks in particular — play a unique and irreplaceable role in the ocean ecosystem,” he said. “They control populations of prey species, keep those populations healthy by removing sick or injured animals, and transport nutrients between loosely connected habitats over vast distances.”