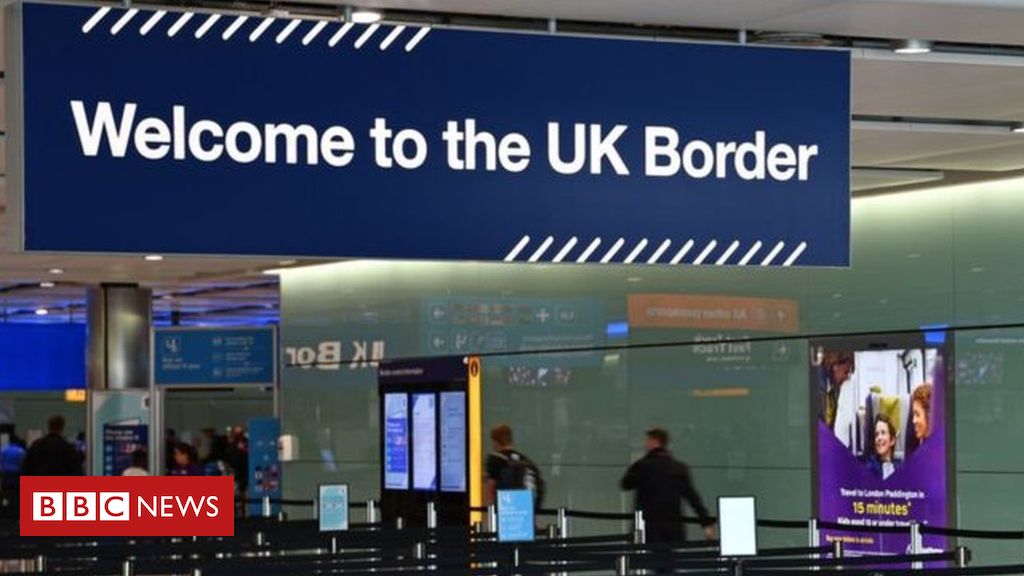 Passengers arriving from France will be exempt from forthcoming UK coronavirus quarantine measures.

Boris Johnson said on Sunday the rules would be imposed on people coming into the UK, to prevent Covid-19 being brought in from overseas.

As yet, no start or end date for the measures has been announced.

The government has already indicated that people arriving from the Republic of Ireland will not be made to go into quarantine.

However, the measures will apply to UK holidaymakers returning from other destinations.

Travel industry analysts said that meant a one-week or two-week holiday abroad would be followed by another two weeks in self-isolation.

The World Travel and Tourism Council expressed concern about the new measures, saying they would damage confidence among would-be travellers.

In his address to the nation on Sunday, the prime minister said: “I am serving notice that it will soon be the time – with transmission significantly lower – to impose quarantine on people coming into this country by air.”

The government later clarified that the rules would apply not just to air passengers, but also those arriving by other means of travel.

UK airlines previously said they had been told that any quarantine period would last for 14 days, and that people might be expected to provide an address when they arrive at the border.

Following Mr Johnson’s speech, No 10 confirmed a reciprocal deal with the government in Paris meant restrictions would not apply to passengers from France.

In a joint statement, the UK and French governments said they had agreed to “work together in taking forward appropriate border measures”, adding: “This co-operation is particularly necessary for the management of our common border.”

The statement added: “No quarantine measures would apply to travellers coming from France at this stage; any measures on either side would be taken in a concerted and reciprocal manner.

“A working group between the two governments will be set up to ensure this consultation throughout the coming weeks.”

“There’s nothing positive in anything I heard the Prime Minister say yesterday,” he told MPs on parliament’s Transport Select Committee.

When asked why travellers from France will not be quarantined over, for example, Germany, he said: “That’s the bit I don’t understand.

“We will have to wait and see the final details of what the Prime Minister intends to do.”

He added that the quarantine measures will mean his company will have to review its plan to return to 50% capacity by July,

Virginia Messina, managing director of the World Travel and Tourism Council, told the BBC’s Today programme she was “concerned” about the government’s new policy.

“Quarantines work when implemented early, so it should have probably been applied much earlier in the UK,” she said.

“We believe this is going to highly damage the confidence of people who are wishing to travel or at least make some plans in the near future.”

Ms Messina pointed out that some airports in other countries were testing passengers for the virus on arrival and exempting them from quarantine if they tested negative.

Airline and airport bosses spoke to the aviation minister on Sunday about the new measures.

Airlines are calling for additional government support after the prime minister confirmed a quarantine period will come into force.

Airlines UK chief executive Tim Alderslade said: “We all, including government, need to adapt to the new normal, but closing off air travel in this way is not the way to achieve this.”

The government faces a two-pronged attack over its travel quarantine, even though the detail on the policy is still sparse.

The pandemic is already causing acute damage to the UK’s aviation sector, and airline and airport bosses believe the quarantine will make things a whole lot worse.

They did not receive the reassurances they wanted during a call with the aviation minister earlier on Sunday.

Opposition MPs are also wading in with the question: “If now, why not before?”

It’s estimated that about 100,000 people have arrived in the UK since 23 March, when the lockdown was brought in.

Many people coming home in recent weeks have been left confused over whether they were supposed to self-isolate.

Government advice that people arriving from China and Italy who didn’t have symptoms should stay at home for two weeks was withdrawn on 13 March.

Heathrow airport said it supported the government’s aim of avoiding a second wave of infection, even though a 14-day quarantine plan amounted to a temporary closure of borders.

However, the airport’s chief executive, John Holland-Kaye, said the government “urgently” needed to lay out a roadmap for how it would reopen borders once the disease had been beaten.

Air travel has ground to a halt because of the global coronavirus pandemic, prompting steep job cuts by the industry.

Ryanair has said it plans to axe 3,000 workers and has asked remaining staff to take a pay cut.

BA has said it will cut 12,000 of its workforce and has warned that it might not reopen at Gatwick Airport once the pandemic passes.