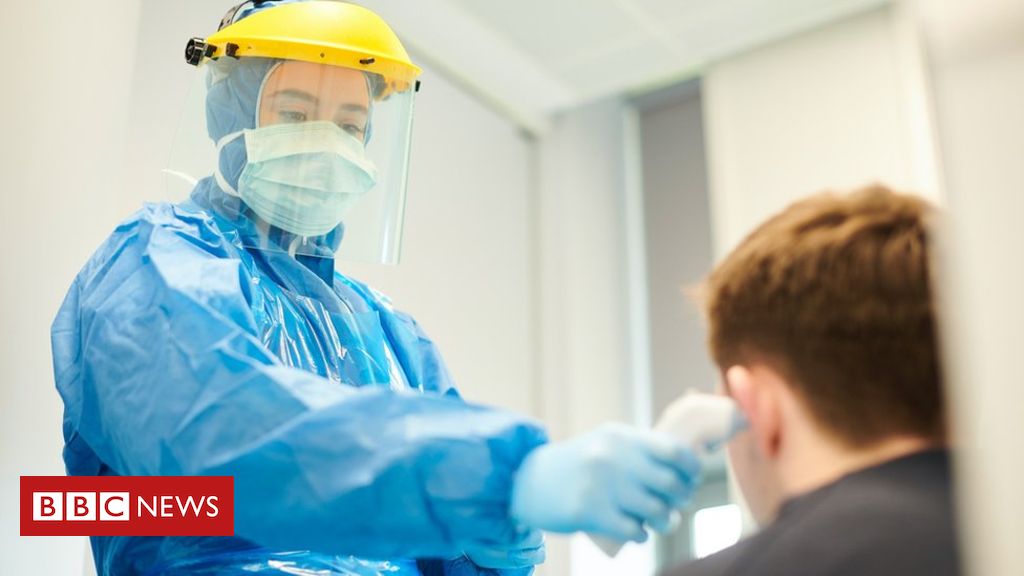 GPs are demanding “urgent clarification” from the government on whether they should now wear protective equipment to examine all patients.

Family doctors now wear it if they see a patient with suspected coronavirus.

But the Royal College of General Practitioners (RCGP) has written to Health Secretary Matt Hancock to ask if GPs should wear it for all face-to-face consultations.

It says patients with the virus but no symptoms could still infect staff.

The BBC understands GPs in some surgeries have decided to wear personal protective equipment (PPE) for all face-to-face consultations, but this is not currently recommended by Public Health England.

In the letter, Prof Martin Marshall, chairman of the RCGP, wrote: “GPs across the country have never been more concerned, not just for the safety of themselves and their teams, but for patients too.

“They are unsure as to whether they have enough supplies [of PPE], either now, or as the crisis deepens.

“They are not confident that the current guidance provides the necessary clarity about whether GPs are using the right type of equipment, at the right times,” he said.

Prof Marshall also noted the World Health Organization (WHO) recommends family doctors have eye protection for consultations but most practices do not have sufficient access to it, and there are concerns about the use of aprons that doctors have been given, rather than full body cover.

There has been widespread concern and anger at the shortages of personal protective equipment for doctors and nurses.

The prime minister said he has been “assured” stocks of PPE – such as masks, gloves and gowns – were on the way to NHS staff, saying the Army had distributed 7.5 million pieces of equipment in the past 24 hours.

A dedicated hotline has also been set up allowing organisations to order PPE 24 hours a day, the government previously announced.

However, Labour leader Jeremy Corbyn said the Healthcare Supply Association has been forced to use Twitter to ask DIY shops to donate equipment to NHS staff.