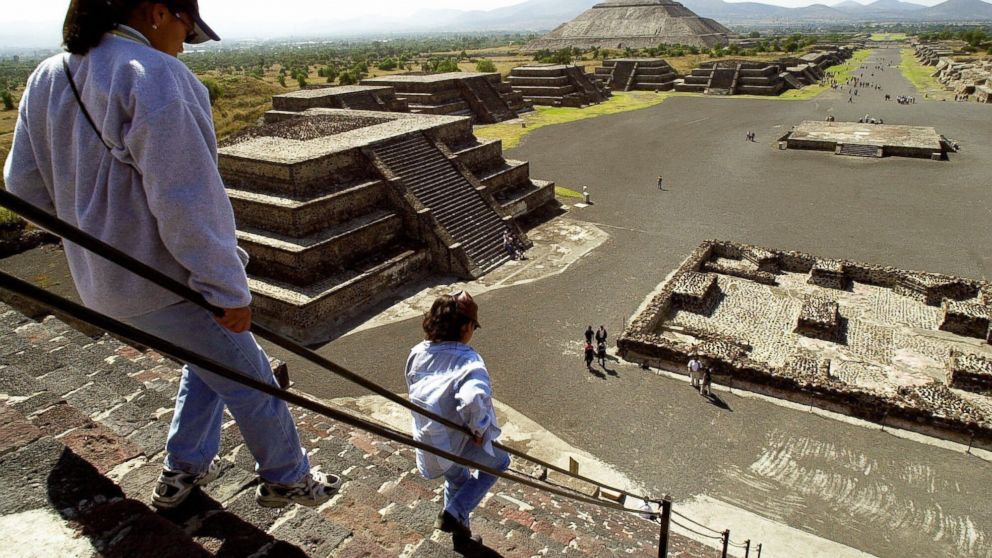 Archaeologists at Mexico’s Teotihuacan ruins have found evidence that the city’s builders dug a tunnel beneath the Pyramid of the Moon and researchers said one of its purposes may have been to emulate the underworld.

The National Institute of Anthropology and History said researchers used a kind of computerized tomography scan to discover the apparent tunnel about 30 feet (10 meters) below the surface of the plaza in front of the pyramid.

The CT scan suggests the tunnel may have been filled in antiquity. Other tunnels have been discovered at Teotihuacan, and one at Temple of the Plumed Serpent has been explored.

Experts say the tunnels may be associated with sacred flows of water and the underworld.

“The discovery would confirm that the inhabitants of Teotihuacan followed the same pattern in their large-scale temples, and that their function would be to emulate the underworld,” said INAH archaeologist Veronica Ortega.

More studies are needed to determine whether the apparent tunnel should eventually be excavated.

The ruins north of Mexico City remain shrouded in mystery.

The 340-foot (103-meter) tunnel found under the Temple of the Plumed Serpent early in this century yielded relics from ranging from seeds to pottery to animal bones.

Researchers have still to find the tombs of the city’s elite that they had hoped might be in the tunnel.

Unlike at other pre-Columbian ruins in Mexico, archaeologists have never found any remains believed to belong to Teotihuacan’s rulers. Such a discovery could help shine light on the leadership structure of the city, including whether rule was hereditary.