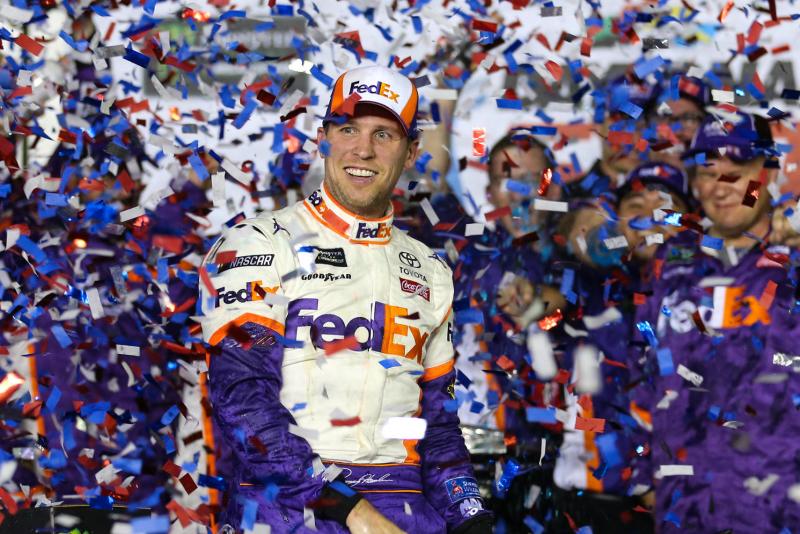 Hamlin, Brad Keselowski, Joey Logano, Kevin Harvick and 2019 Cup Series champion Kyle Busch each have +1000 odds to take the checkered flag in the main race this weekend, according to Caesars.

“We’ve been very fortunate in the last eight to 10 years to be in contention for a lot of these Daytona 500s,” Hamlin said of his team Wednesday at Daytona 500 media day. “Hopefully, we are able to miss [wrecks] again this year.”

The order for the rest of the 40-car field will be determined during two more qualifying races Thursday at Daytona International Speedway. Elliott and Jimmie Johnson will start in the front row for each of the dual races. Hamlin finished fifth in qualifying, while Busch had the sixth-fastest car.

Hamlin and Johnson each have two career wins at “The Great American Race,” with Johnson last winning in 2014.

“Honestly, the goal is to win,” Logano said. “There is really no other goal outside of that. … This is the biggest race of the year. It means so much to win it. There are so many crazy things that can happen.”

NASCAR stopped disclosing the prize money teams earn in races in 2016, but Logano earned $ 1.58 million for winning the 2015 Daytona 500.