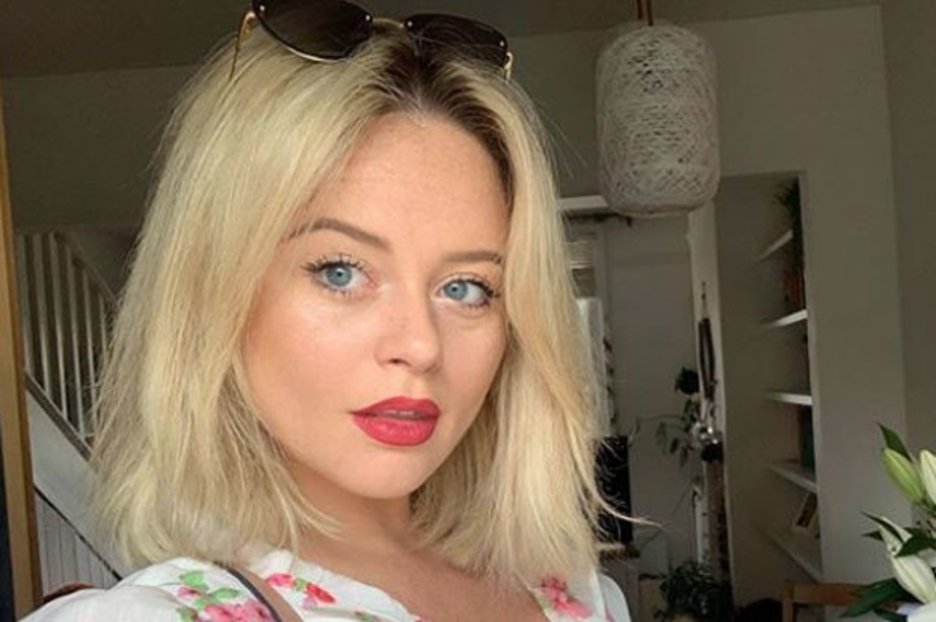 Emily Atack became the ultimate pin-up for Brit teenagers when she starred as Charlotte “Big Jugs” Hinchcliffe in The Inbetweeners.

And 11 years on, her celebrity status have soared even further.

She then starred on Dancing on Ice in 2010, and was voted off in the eighth week.

But then her fame level truly skyrocketed when she appeared on I’m a Celebrity… Get Me Out of Here! last year.

Emily’s fanbase increased tenfold thanks to her bubbly and down-to-earth personality.

She finished in second-place on the programme, narrowly missing out on the top spot to football manager Harry Redknapp.

Emily built a firm friendship with actor John Barrowman during her time on the show, and it has been reported that the pair will be replacing I’m a Celebrity… Get Me Out of Here! Extra Camp hosts Joe Swash and Scarlett Moffatt.

So, perhaps her latest photo caption where she refers to herself as “powerful” is in relation to new job prospects?

Emily looked sensational in the pic, which saw her don a plunging, floral blouse, which teased at her ample assets.

Complemeting the roses on her top, Emily added a slick of rouge to her plump pout.

Fans flocked to shower praise on the sizzling snap.

While another continued: “Love the lippy”