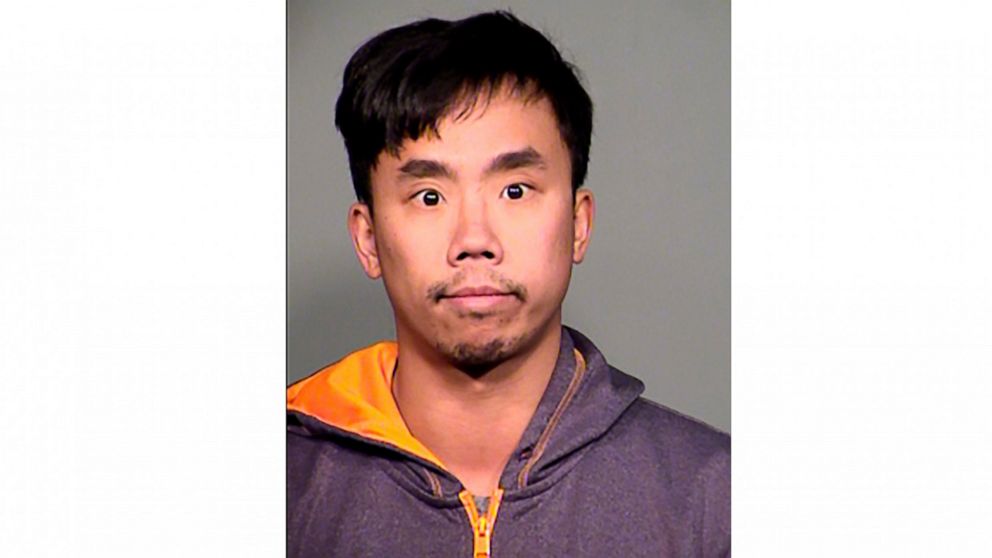 PHOENIX — A man described as a disgruntled former Waymo driver has been arrested on suspicion of deliberately crashing a passenger car into one of the company’s vans with self-driving capabilities near Phoenix, authorities said Thursday.

Tempe police said Raymond Tang, 31, was booked into jail Wednesday night and is facing felony charges of aggravated assault and criminal damage, and misdemeanor counts of endangerment and reckless driving.

Waymo officials said Tang “engaged in similar conduct, which resulted in misdemeanor charges for disorderly conduct and criminal damage against him in November 2019.”

The Arizona Republic reported in December that police in the Phoenix suburb of Chandler have documented at least 21 cases in the past two years involving Waymo vehicles, including one in which a man waved a gun at a Waymo van. Police also said a Jeep forced vans off the road six times.

Court documents released Thursday say Tang’s vehicle has been documented on video in several crimes against Waymo vehicles in Chandler between last Oct. 23 and Dec. 10 that have caused more than $ 3,200 in damages.

A probable cause statement shows the Jan. 30 crash caused an estimated $ 3,500 damage to the Waymo van.

Chandler police didn’t immediately return a call Thursday seeking comment on whether they are investigating Tang, but Tempe police said they are working with Waymo.

Tang didn’t have an attorney when he made a brief initial appearance Thursday in Maricopa County Superior Court. He only spoke to state his name and date of birth and to say he understood the release terms set by a court commissioner, who ordered Tang to remain jailed on an $ 18,000 bond.

Tang has a Feb. 24 preliminary hearing in a Mesa court.

A statement from Waymo called Tang “a disgruntled former Genesis10 vehicle operator” whose assignment with the company ended nearly a year ago when he failed to meet safety standards.

Tempe police said Tang is accused of driving a passenger car recklessly in the city on the night of Jan. 30, swerving toward a Waymo vehicle operating in a manual mode in an apparent attempt to cause a collision.

Police said on-board video from the Waymo van and another Waymo vehicle in the area before the crash shows Tang moving his vehicle in front of the other vehicles and then braking hard to a stop in an apparent attempt to force the vehicles to rear-end his vehicle.

They said Tang later acknowledged “brake-checking” the Waymo vehicle that hit the passenger car from behind.

The driver of the Waymo van involved in the crash was treated at a hospital for minor injuries and asthma complications, with the other driver telling police he was in fear for his safety as Tang was driving erratically around him, “causing him to break five times (and) swerve away from Tang’s attempts to cause a crash,” according to court documents.